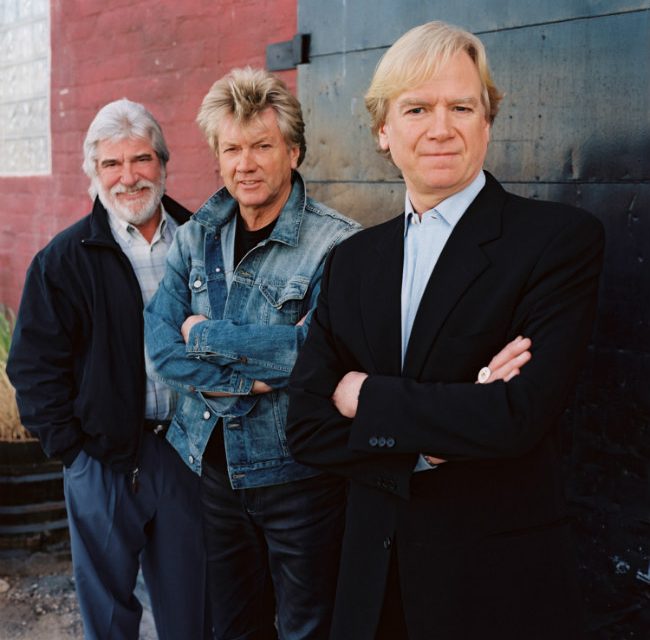 Legendary band The Moody Blues have announced their ‘Timeless Flight 2015’ Tour which will see them performing at Manchester’s O2 Apollo on Tuesday 16 June 2015.

The group (Justin Hayward, John Lodge and Graeme Edge) have enjoyed a remarkable career which has spawned an incredible 16 studio albums and six live albums over a period of almost 50 years, in which time they have achieved over 55 million sales.

“We are always so happy to be returning to the UK to play”, commented Justin Hayward. “All of these venues are dear to us and many, like the New Theatre Oxford and Newcastle City Hall, are the gigs we remember fondly from our youth when we played them as headliners for the first time. We felt then that we had really ‘made it’ at last and all our work had paid off. Dedicated Moodies fans will be out in force, and we love it.   We have been exploring our catalogue of songs recently and we’ll be playing some songs on stage that we only experienced for a day or so in the studio the first time round. They work brilliantly. We believe there’s something for everybody in our show and we are playing songs from just about every album. I can say this is the best incarnation of this great band I have been in. It’s certainly the happiest and truly faithful to the Moody Blues spirit. How long will it continue for us? I have no idea – none of us would have thought in our ‘Wildest Dreams’ we would still be up there – but it’s a fabulous ride and as long as we’re still playing from the heart and the fans are with us I’m in!”

The blues rock band remain one of the top-grossing album and touring bands in existance, which Graeme Edge attributes simply to the music – “It’s all about the music.  The music is everything for us.  We’ve always put the music before anything else, and that’s why I think we’ve been able to endure for so long.”

Tickets for The Moody Blues performing at Manchester’s O2 Apollo on 16th June 2015 go on sale at 10am on Friday 19th September priced £41.50 plus booking fee.