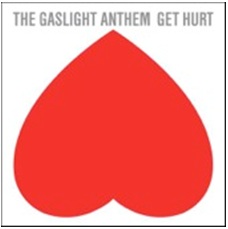 New Jersey’s The Gaslight Anthem have announced a series of dates across Europe which will see them performing five gigs in the UK, including one at the O2 Apollo Manchester on Monday 17th November.

The tour will see them performing in the UK ,Germany, Austria, Belgium, Croatia, Italy, Switzerland and Holland as they play songs from their new album Get Hurt which is set to be released on 18th August. The album follows the success of their 2012 album Handwritten which reached the top three of the album charts across Europe and America and saw them performing at Wembley Stadium and Glastonbury as well as at Rock Am Ring during an enviable period.

Get Hurt will be the fifth album from the American rock band which consists of Brian Fallon (vocals and guitar), Alex Rosamilia (guitar), Alex Levine, bass) and Benny Horowitz (drums) and which was formed in 2006.

The full UK listing for their tour is:

Tickets for The Gaslight Anthem’s Manchester gig at the O2 Apollo on 17th November go on sale at 9am on Friday 20th June priced at £24.50 plus booking fee.