The Earl of Wessex to open The Stoller Hall 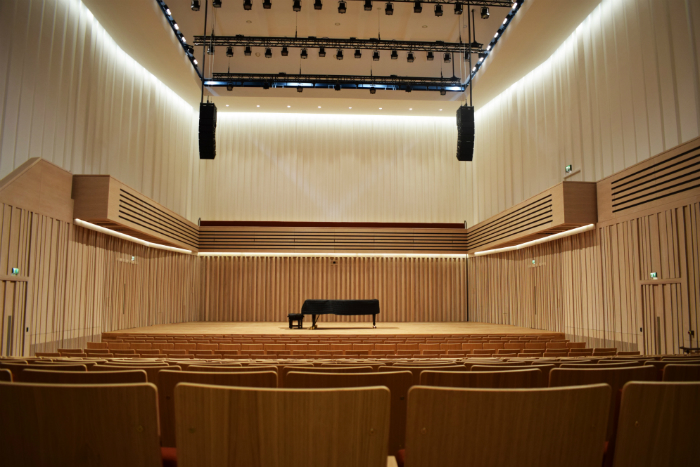 The Earl of Wessex, Patron of Chetham’s School of Music, is to open The Stoller Hall: Manchester’s newest performance space, as part of the opening weekend Friday 21-Sunday 23 April 2017. His Royal Highness, who has been Patron of the School since 2003, will unveil a plaque at the Opening Celebration Concert on Sunday 23 April, to officially launch the concert hall.

The £8.7m venue, situated in the centre of Manchester, boasts a 482-seat auditorium housed within the UK’s largest specialist music school, and will offer an array of events with an inspiring programme of performances, learning and participatory opportunities designed to engage families, schools and communities of all ages. It will provide a new home for key Chetham’s ensembles and for professional artists, offering a more intimate acoustic and embracing audience experience to match the quality of performers emerging from the city and inspiring audiences to discover and enjoy live performances. 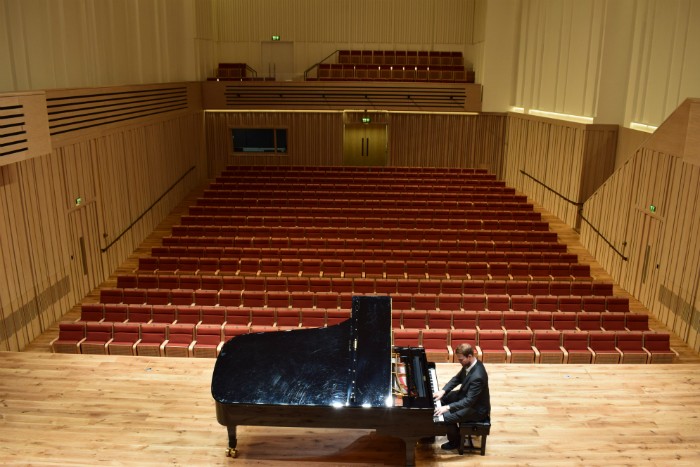 The opening weekend of concerts features outstanding Chetham’s alumni, students and friends of the School, showcasing the diverse programming planned for the space. The first audience to enjoy The Stoller Hall will be guests of BBC Radio 3’s In Tune, broadcast live from the venue on Friday 21 April from 4:30pm, with a line-up of guests and performers drawn from events across the Opening Weekend. Alumnus and pianist Gwilym Simcock leads the inaugural concert in the Hall alongside violinist Thomas Gould and guitarist Mike Walker in a programme showcasing the trio’s unique fusion of jazz, classical and folk sounds. Chamber music continues the following day, featuring the Navarra String Quartet performing Shostakovich’s Quartet No. 5, Schubert’s Quartetsatz and Beethoven’s String Quartet No.1 in F major whilst in the evening, The Stoller Hall will be filled with laughter and music when Chetham’s Big Band is joined by Ted Robbins for a joyous mixture of stand-up comedy alongside the songs of Frank Sinatra.

The opening weekend celebrations are spread across the whole Chetham’s site with a complimentary schedule of events including music, art and dance in the Carole Nash Hall and Oglesby Atrium featuring Orchestral Life by photographer Tom Bangbala; Debussy sonatas performed by members of staff and interpreted by dancers from Hammond School and Victoria College, Melbourne and free foyer music from cellist and alumna Gabriella Swallow and her Urban Family.

In addition to public performances from Chetham’s musicians, The Stoller Hall will be the venue for a year-round series of events from a variety of genres: from jazz and comedy to folk and spoken word. The inaugural season includes the continuation of the Shostakovich: The Compete String Quartets cycle; pianists Julian Clef and Yuanfan Yang, both alumni of the School, perform in the Rising Stars series on Friday 28 April & Friday 19 May respectively; the Northern Chamber Orchestra with Chloë Hanslip on Saturday 10 June; Chetham’s Symphony Orchestra and Chorus with Paul McCreesh and members of Gabrieli on Tuesday 4 July. The Stoller Hall will add a new orchestral dimension to the already much-loved and impressive Chetham’s International Summer School & Festival for Pianists, with this year’s programme including all five Beethoven concertos and the return of the International Concerto Competition for Young Pianists.