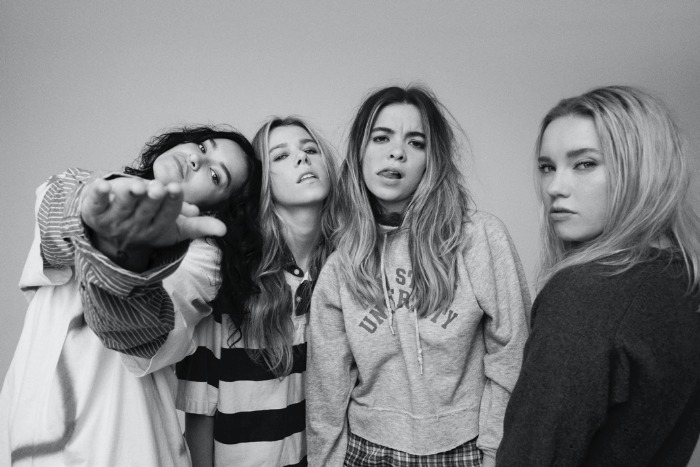 The Aces have announced a string of UK and European dates including a Manchester gig at Gorilla.

The 13 date European tour opens at Whelans in Dublin before seven UK shows culminating at Gorilla.

Speaking about the tour, which hits the UK in May 2021, The Aces said, “Although our tour is far away, we could not be more excited about the thought of seeing our fans on the other side of the world again.  We are crossing our fingers that everyone stays safe and follows protocol so we can make this tour a reality.”

The announcement comes as the band link up with DJ duo Snakehips for a remix of their track Daydream.  The song is the lead single from The Aces latest album Under My Influence.

“Snakehips are one of our favorite electronic artists since we heard ‘All My Friends’ back in 2015,” says The Aces. “Having them remix our song has only made us more obsessed, and now we can’t wait to go off to their club mix of ‘Daydream’ when we can all go out again. But for now, we are raging to it from home.”

When do The Aces headline at Gorilla?

The Aces headline at Manchester’s Gorilla on Tuesday 11 May 2021.  The Manchester gig is one of eight UK and Ireland dates they are playing:

Tickets for The Aces at Gorilla, Manchester, are on sale now.