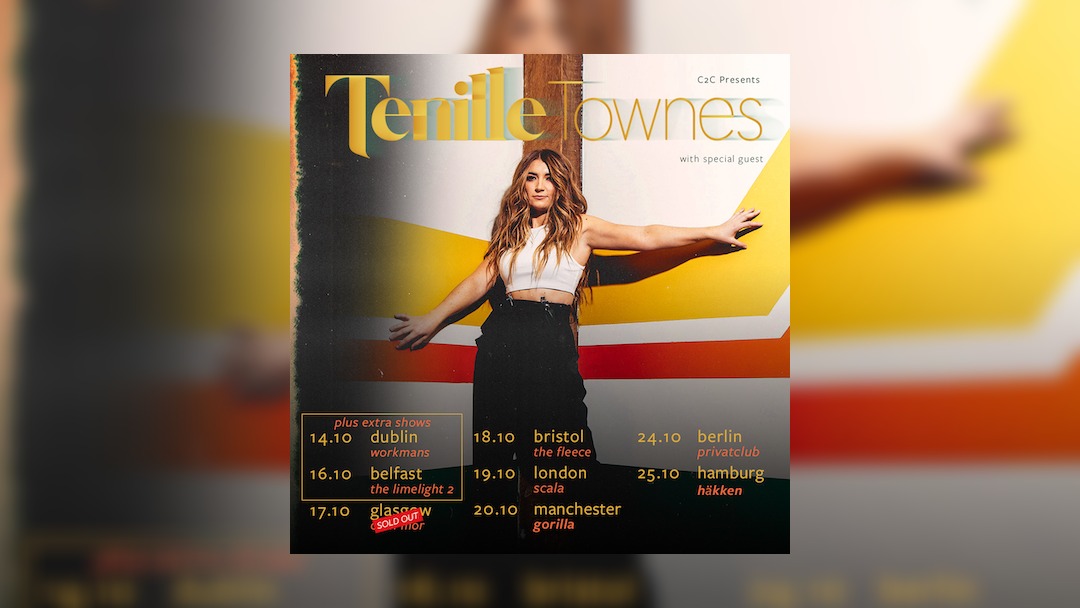 After releasing her latest EP Masquerades in April, Tenille Townes has shared the video for latest track Shared Walls.  The video landed the day after Tenille Townes and Breland performed the song for the first time together at her headline Nashville show.

Tenille Townes is set to headline at sting of UK and Ireland dates in the autumn including a Manchester gig at Gorilla.

Speaking about the track and its meaning, Tenille Townes said, “Shared Walls is a song about neighbours and I wrote this with my friends (Stephen) Wrabel and Eric (Leva) and we were all in our respective apartments sharing walls with the people around us in our lives, and just kind of talking about how that was feeling during the shutdown when we were all home so much.”

Tenille Townes released Masquerades in April.  The EP reflects on herself, duality and embracing flaws.  Masquerades is the follow up to her critically acclaimed and award winning debut album The Lemonade Stand.

Tenille Townes will hit the UK and Ireland this autumn for a six date tour including a gig in Manchester.  She will then perform two shows in Germany.

When does Tenille Townes headline at Manchester’s Gorilla?