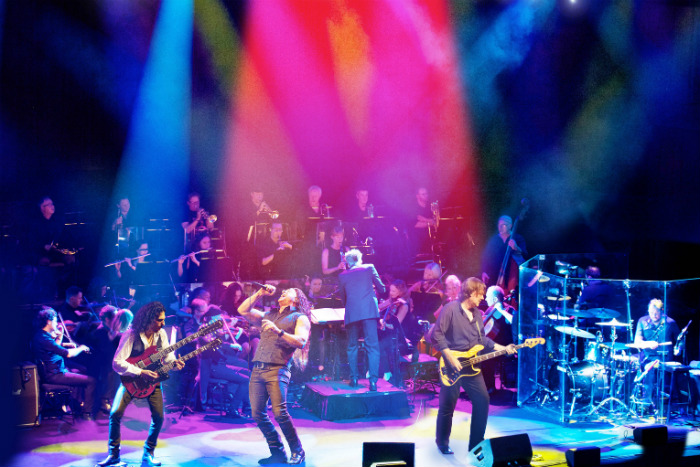 The spectacular Australian live concert event Stairway To Heaven: Led Zeppelin Masters is back in the UK for a tour including Manchester’s Bridgewater Hall.

The band will again be backed by the Black Dog Orchestra.

The ten-date tour marks fifty years since the release of Led Zeppelin’s self-titled debut album and follow up Led Zeppelin II.  Fronted by powerhouse vocalist Vince Contarino and bolstered by the breath-taking might of the thirty-five-piece The Black Dog Orchestra, Stairway To Heaven: Led Zeppelin Masters features no fewer than eighteen Led Zeppelin classics including Whole Lotta Love, Stairway to Heaven, Kashmir and more.

Vince Contarino said, “To be able to come back to the UK means the world to us. We were welcomed graciously and treated with the utmost respect when we toured the UK for the first time in 2017, despite being an unknown and unproven act in the UK. To be asked back for an even bigger tour is hugely gratifying. We are feeling the love, and we’re going to be coming back over to give it back by the truckload.”

With the tour falling in between the anniversaries of Led Zeppelin’s self-titled debut album and its follow-up, Led Zeppelin II, released in March and October of 1969, respectively, Vince admits the timing of the tour is a happy coincidence, “It was only when we saw the tour dates that we realised the timing was perfect. Look at it this way, spending time with friends is a blessing and a great thing to do, but if there is a good reason to celebrate, like a birthday or an anniversary, then crack out the champagne and let’s party!”