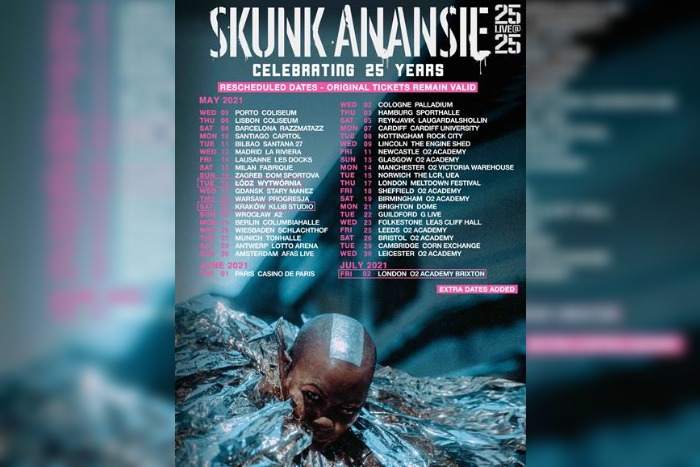 Skunk Anansie have announced their rescheduled 25th anniversary tour including a Manchester gig at the O2 Victoria Warehouse.

The tour follows the release of their 25th anniversary album 25LIve@25, released in 2019.  Having spent most of last year on the road touring across the UK and Europe, headlining festivals and receiving some of the best reviews of their career, the band were due to play a string of new concerts and festivals this year, including being part of the Grace Jones’ curated Meltdown Festival on London’s Southbank.

The 18-date UK run follows in the back of a string of European dates and opens with a show in Newcastle, culminating in a huge London gig at the O2 Academy Brixton.

The tour also follows the release of Skin’s first memoirs, It Takes Blood And Guts, co-written by journalist and friend Lucy O’Brien.  The book charts Skin’s unique story from her working class roots in Brixton to Glastonbury and the international stage.

When do Skunk Anansie headline at Manchester’s O2 Victoria Warehouse?

Skunk Anansie headline at Manchester’s O2 Victoria Warehouse on 14 June 2021.  The Manchester gig is one of 18 dates they have confirmed: