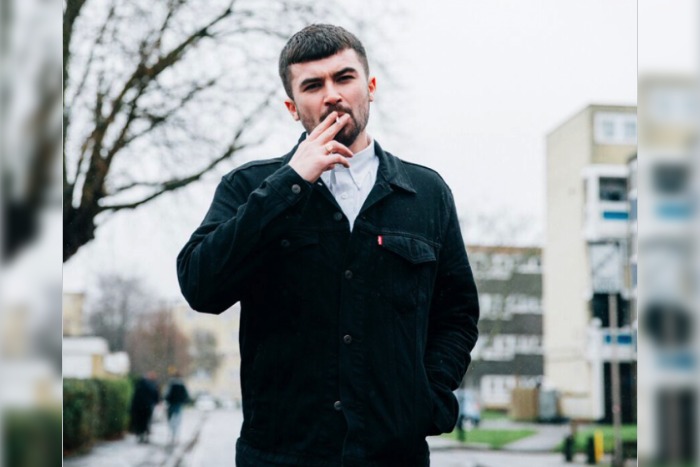 Currently on the road following the release of his new EP Curate Calm, Create Chaos, Sean McGowan comes to Manchester’s The Castle next week.

The Manchester gig comes in the midst of a heavy period of touring which has seen him performing across the UK and Ireland supporting The Levellers, Holy Moly and The Crackers and label-mates Brand New Friend.

The run of dates comes after the release of the EP Curate Calm, Create Chaos in November and the singles Silk and Heartbreaker, a reflective ballad exploring conflicted feelings of excitement and anxiety.

Curate Calm, Create Chaos has been highly praised.  The EP arrives as an extension of the artist himself.  Stepping momentarily away from the frenetic indie-punk that coursed through the veins of his acclaimed debut album Son of The Smith, Sean’s new release instead delivers an altogether gentler and more introspective listen.  The EP features the tracks I’m OK, Heartbreaker, Silk, Money and Queen of the West.  The EP tells the personal narrative of his journey through monumental life changes beyond his control.

Speaking in further details about single Heartbreaker, Sean McGowan commented, “In more recent years I’ve found myself being more honest and open which has proven to be much better usually, but, has bitten me on the arse a bunch too…. I wanted to write a song people could relate to about lust and romance that was focused more on the psychological affects as opposed to the physical. Not just the ‘Heartbreak’ but the drop in self-confidence, the worry of wasted time and how you recover… ‘Heartbreaker’ is about how two people can keep their cards close to their chest and feel like they don’t want to give too much away or make themselves vulnerable. This period can be fun and exciting but it can also be confusing.”

When does Sean McGowan headline at The Castle, Manchester?

Sean McGowan headlines at The Castle, Manchester, on 14 December 2019.