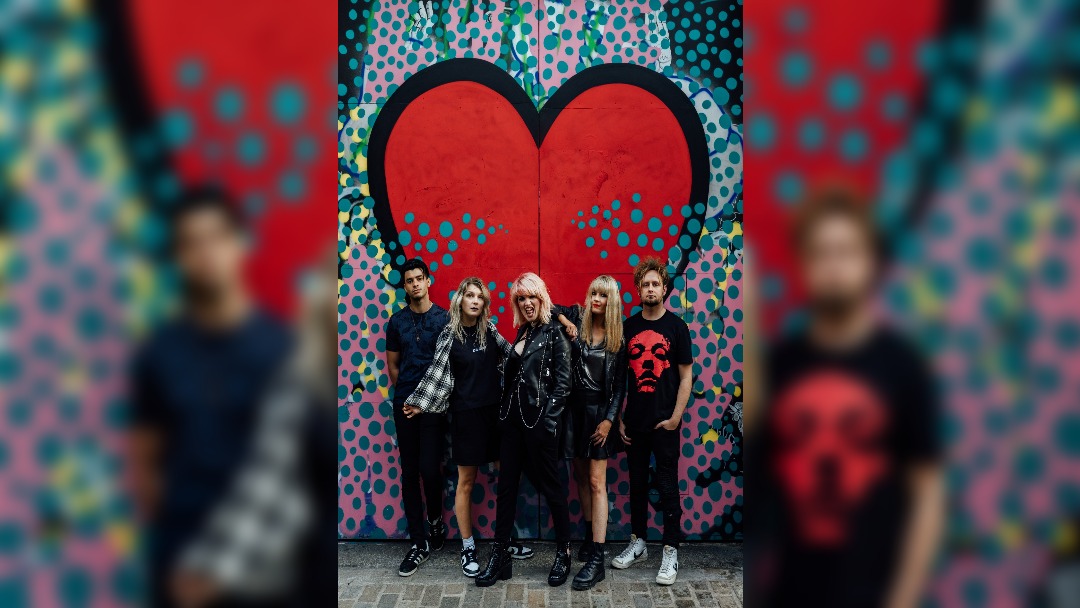 The Manchester gig is one of seven UK dates they are playing over the coming weeks including Liverpool’s Arts Club.

Drawing influence from a varied supply of eras and bands/artists alike, the differing tastes amongst the group provides the catalyst for the band’s edgy aesthetic and unparalleled sonic identity – equipped with tons of personality and auditory vigour. The writing process of A Mouthful Of Magnificent Spite took around two years, following a unanimous approach whereby ideas were only used if all members were fully on board.

The album features the band’s defiant stance in the face of Covid 19, No Antidote. The track is a middle finger to the virus, written amid the pandemic about missing performing on stage, with lyrics about burning it in order to defeat it.  Frontwoman Chess explains, “when the headline came out about musicians having to unlearn their art to find another job, it was crushing.  So I threw the word ‘unlearn’ back in the face of Covid (if it had one) and told Covid to unlearn and not to underestimate us.”

The Kent band made initial waves with their 2020 debut Coney Island, Baby!  Since then they have been picking up support from Kerrang! Radio, BBC Introducing, The Clash and more, with more praise heaped on them following more recent singles Violent Silence, Cody and album title track A Mouthful Of Magnificent Spite.

When do Salvation Jayne headline at Manchester’s Retro?