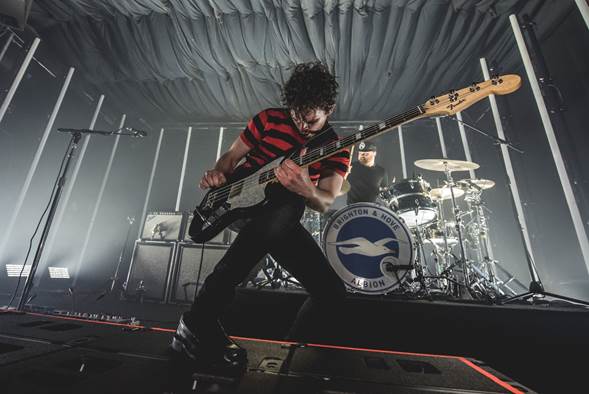 In the build up to the release of Royal Blood’s second album, the band have announced a Manchester Arena gig.

How Did We Get So Dark? is due for release on 16 June and Royal Blood have announced 17 European dates in support of the album.

The gigs mark their first major UK and European tour in support of the album and including some of their biggest shows to date.

Royal Blood embark upon a short underplay tour this week starting at the Corn Exchange in Cambridge before continuing with an international festival schedule that includes Glastonbury, Radio 1’s Big Weekend, The Governors Ball, Summer Sonic, Lollapalooza and the Eden Sessions.

Where and when are Royal Blood playing in Manchester?

When do tickets for Royal Blood at Manchester Arena go on sale?

Tickets for Royal Blood at Manchester Arena go on sale at 9am on Friday 26 May.