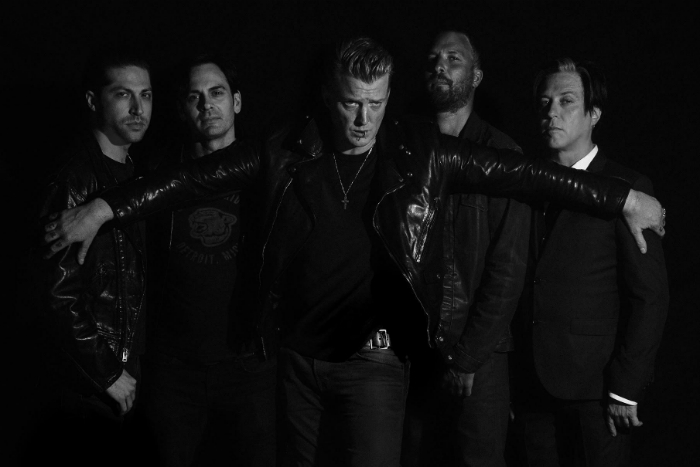 Queens Of The Stone Age have announced a UK and Ireland Arena tour including a Manchester gig at Manchester Arena in support of new album Villains.

Produced by Mark Ronson and co-produced by Mark Rankin and mixed by Alan Moulder, Villains is the first full album offering from Queens Of The Stone Age since 2013’s …Like Clockwork gave the band its first #1 album in the U.S.

“The title Villains isn’t a political statement. It has nothing to do with Trump or any of that shit. It’s simply 1) a word that looks fantastic and 2) a comment on the three versions of every scenario: yours, mine and what actually happened… Everyone needs someone or something to rail against—their villain—same as it ever was. You can’t control that. The only thing you can really control is when you let go” comments Joshua Homme about the album title.

Villains is due for release on 25 August and sees Queens Of The Stone Age redefining their sound slightly, as Homme explains, “The most important aspect of making this record was redefining our sound, asking and answering the question ‘what do we sound like now?’ If you can’t make a great first record, you should just stop—but if you can make a great record but you keep making records and your sound doesn’t evolve, you become a parody of that original sound.”

Where and when do Queens Of The Stone Age perform in Manchester?

When do tickets for Queens Of The Stone Age performing at Manchester Arena go on sale?

Tickets for QOTSA performing at Manchester Arena go on sale on 21 June 2017.