Previewed: Twopence To Cross The Mersey at Stockport Plaza Theatre 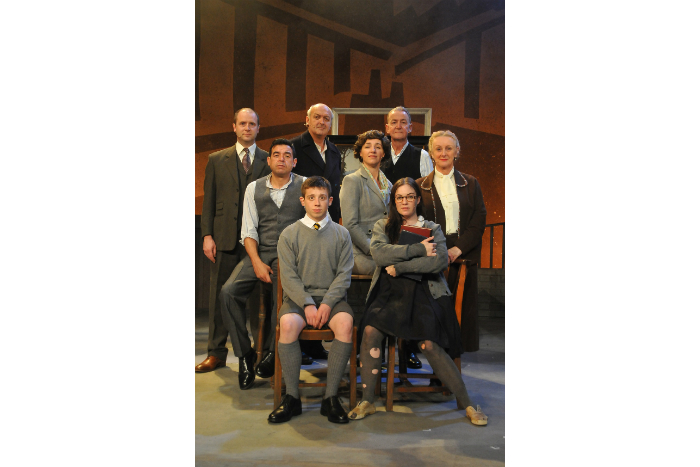 The new stage play of Helen Forrester’s Twopence to Cross the Mersey is heading to Stockport this week as part of a new regional tour for Autumn 2016.

The play sails into town to play four nights at the Plaza Theatre appropriately located in Mersey Square near the starting point of the River Mersey which plays such a prominent part of the story.

Twopence to Cross the Mersey is the new stage play about the life of acclaimed author Helen Forrester.  The Autumn 2016 tour began at Liverpool’s Royal Court Theatre in September, and has so far travelled to Rhyl, Preston and Southport – generating rave reviews along way.

The dramatic, moving and heart-warming tale comes to life as Helen Forrester and her family are forced to survive in the slums amongst the streetwise working class.

Twopence to Cross the Mersey tells the true story of a young girl and her formerly wealthy family as they are suddenly thrown into poverty during the Great Depression of the 1930s.

Leaving behind the nannies, servants and comfortable middle-class life in the South West of England, they uproot their shattered lives and choose Liverpool as the place to start again to rebuild their dreams and fortune. Unbeknown to them however, a terrible shock awaits them.

In its earlier format, the musical version of the show had four hugely successful runs at Liverpool’s Empire Theatre, firstly in 2004 and then returning in 2005, 2007 and 2009 under the helm of Rob Fennah and production company Pulse Records Ltd.

The new version is staged by Pulse Records Ltd in collaboration with producer and stage writer Rob Fennah and producer Bill Elms. They are joined by director Bob Eaton.

Rob Fennah said: “I got to know Helen very well during the last 20 years of her life and, during the writing of the original script, she would often send faxes and letters of encouragement together with all sorts of additional information that didn’t appear in her books. Helen and I often talked about a touring production of Twopence to Cross the Mersey so I am really pleased to finally see it happen.

“I had always visualised Twopence to Cross the Mersey as a straight play and was thrilled when audience and reviewers alike gave the new adaptation a big thumbs up. We’re excited and delighted to take the play on the road so greater numbers of Helen’s readers can see her most famous book come to life as a stage play.

“We cannot wait to bring the show to Stockport’s Plaza Theatre in November with a very strong cast, who will do justice to Helen’s story.”

The new stage adaptation is fully endorsed by the Helen Forrester estate – and even has the blessing of her son who saw the play for himself in Spring 2015.

Rob continued: “Helen’s son Robert Bhatia and his family flew in from Canada especially to see the new stage play when it was premiered last year. Robert told me he could feel his mother’s presence on the stage and was so captivated by the performance that he was moved to tears. With Helen not being with us anymore, it is really important to know the play has Robert’s blessing.”

The Salvation Army is the charity partner of Twopence to Cross the Mersey. All monies raised will help to fund the work of the church and charity, supporting some of the most vulnerable people in the community.

Twopence To Cross The Mersey is performed at Stockport’s Plaza Theatre from 1-4 November 2016.