Previewed: We Were Told There Was Dancing at The Royal Exchange 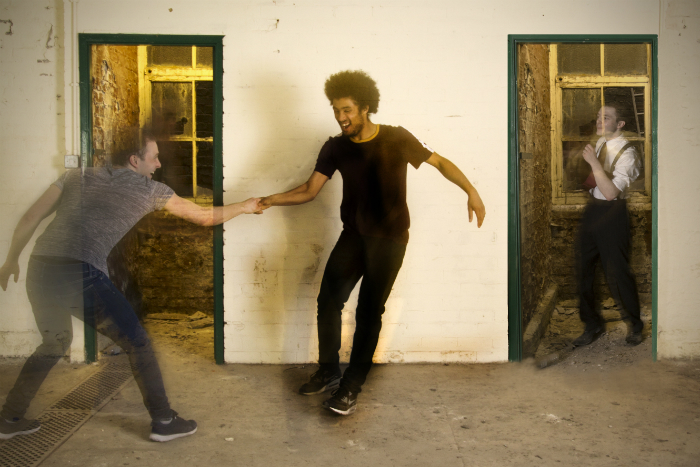 The Royal Exchange Theatre Young Company presents We Were Told There Was Dancing, a brand-new show that takes its audience underground in a daring promenade production through the labyrinth-basement of the Royal Exchange building.

What is We Were Told There Was Dancing about?

The production is directed by Matt Hassall and developed to mark the 50th anniversary of the Sexual Offences Act, which began the decriminalisation of homosexuality in England Wales in 1967.  We Were Told There Was Dancing looks at the shifting attitudes to gay rights across time, generations and countries.

The show was inspired by the work of journalist Peter Wildeblood, an influential figure in the decriminalisation of homosexuality.  It is also inspired by Straight Jacket by Matthew Todd and the Channel 4 documentary Hunted, which charted the extent of gay hate crime in Russia.  In response, the Royal Exchange Theatre Young Company developed this new piece of theatre which addresses the complex political issues which continue to impact gay rights worldwide.

Moving through the unseen spaces of the Exchange building, audiences will experience the persecution and liberation of the LGBT community over the last 60 years.

Speaking of the production, The Royal Exchange’s Young Company Director Matt Hassall, commented “We are excited to stage a full takeover of these vast disused spaces and create a new world for our audiences to step inside. Gay culture in the 1950s had to remain underground, both literally and figuratively. People were living double lives and although this has shifted over time, recent reports of events in Chechnya remind us how far we still have to go. The spaces below the Exchange offer us the perfect location to reimagine some of these events whilst celebrating the radical individuals who fought to bring LGBT rights above ground and into the light. We hope our show will encourage our audiences to do this – looking back on what has been and using this to fuel progress for the future.”

The production has been designed by Bethany Wells who is currently working on the Exchange’s co-production of Cosmic Scallies with Graeae Theatre Company.  Her other recent work includes Party Skills For The End of the World (Manchester International Festival) and The Factory (Royal Exchange Theatre).

Where and when is We Were Told There Was Dancing performed in Manchester?

We Were Told There Was Dancing is performed at Manchester’s Royal Exchange Theatre from 16-20 August 2017.  There are several showings each day.  Tickets priced £13/£11.