Previewed: The Virginmarys at Manchester Academy 2 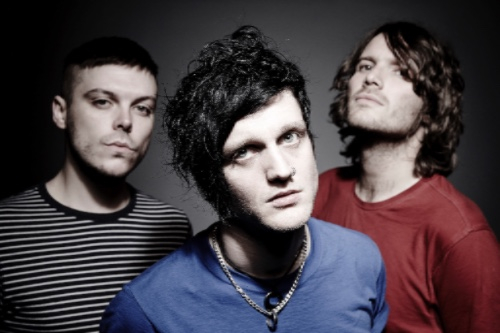 Macclesfield’s Virginmarys are set to perform at Manchester Academy 2 in support of their latest album Divides.

The album is the highly-anticipated follow up to their 2013 debut LP, King of Conflict, which garnered attention from the likes of Rolling Stone, Classic Rock, Guitar World and more. Leading up to the release, the band caught the attention from the likes of Classic Rock, Louder Than War, Kerrang!, Earmilk, Guitar World and Consequence of Sound, who labelled the album’s title track, “Motherless Land” as anthem that served up “no-frills, honest-to-god British rock with an undeniable punk edge.”

Littered with themes that touch on the state of politics in their homeland of Britain, to their own experiences dealing with mental health or issues with addiction, the band wanted to create an album that would serve as a heart-on-your-sleeve style account of their lives in 2016, and the divides they encounter each day.

“This album has been filtered through the anger and frustration of living in a crumbling and fucked up society run by those who couldn’t care less whether you live, die, eat or starve so long as their own status and life style is maintained within a self-serving system,” muses band frontman Ally Dickaty on the themes that carve through the record.

Reflecting on the bands influences on the record, the three-piece looked to the past. “A big part of what was so exciting about rock bands and writers of the 60s and 70s that helped shape music was that they weren’t afraid to sing about the world around them,” says Ally, who counts artists like Bob Dylan and Black Sabbath, the Beatles to the Sex Pistols as influences.

Dickaty sums up Divides with equal passion – ”“The overall theme of the album is the divides among people, freedom and power, injustice, inequality and corruption. Anger, disillusionment, injustice, frustration about where I feel we are in today’s society. History repeating. Restraint by systems that benefit the few and the choices left to take part or be cast aside and face persecution. The rise of depression and anxiety and use of anti-depressants and drugs across the globe. Disillusion in politicians and democracy. There’s a lot of divides with us in Britain, many created by the government and media turning people against one another. We are brainwashed with who to love, who to fear, who is good and who is evil.”

The Virginmarys perform at Manchester Academy 2 on 17 June.