Previewed: The Hotspur Press at the Deaf Institute 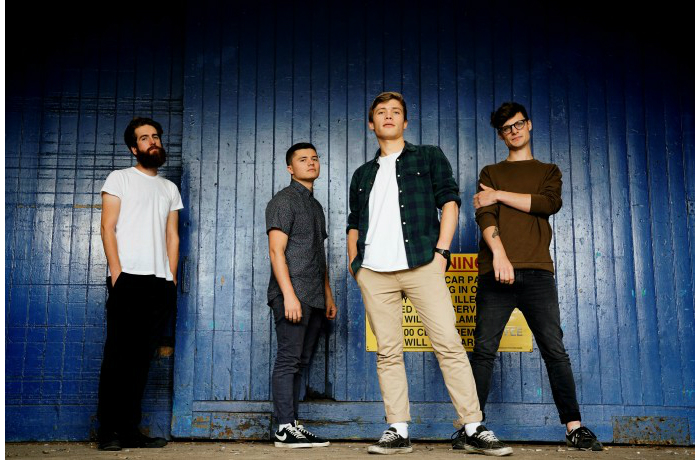 Recently snapped up by new Mancunian label B33, Manchester fourpiece The Hotspur Press launch their first single for the label Other People with a hometown gig at the Deaf Institute on 28 October.

A break-up song about a relationship hurtling into oblivion, Other People is a dizzying 4 minute hit that bursts with an inexplicable energy and undiminishing urgency; a sugar rush of cut-glass harmonics, skyscraping choruses and jet-stream guitar breaks.

Recorded at Big Tone Recordings in Eccles, the track was produced in the capable hands of Tim Grey (a producer known for his work with established names the likes of Peter Hook, Ginger Wildheart, Sonic Boom Six and British Sea Power to name a few).

Speaking about the track, guitarist and vocalist, Dan Manchester says, “It’s definitely quite plainly about a break-up. More precisely, it’s about my ex’s unilateral withdrawal of affection at the point of and subsequent to having mutually decided to break up; a lamentation, from my point of view of her insistence that the best way to move forward was to act as if the relationship had never existed. Or to summarise less pretentiously, the overall gist of the song is ‘Okay, I agree we’re not working -here’s to the future!- but do you have to be such an emotionless b***h about it? It wasn’t all bad.’”

Formed around symbiotic music musos Dan Manchester and his brother Tom, the pair’s close relationship and healthy attitude to a little competition have respectively provided both the cornerstone and driving force of The Hotspur Press. With an unquenchable urge to make some of the acoustic songs he had penned “sound bigger”, Dan invited High School friends George Webster (Percussion) and Chris Nutter (Bass guitar) to form the tight-knit rhythm section that remain today.

The Hotspur Press launch their single Other People at the Deaf Institute on 28 October.