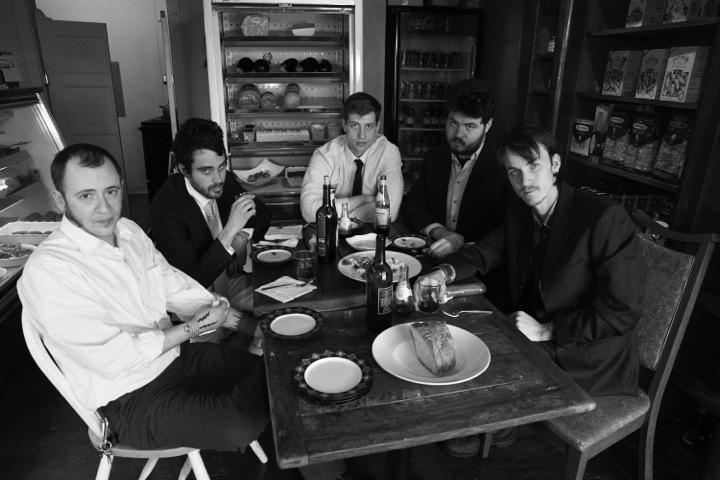 There aren’t too many bands which go from busking in the New York subway system to travelling the world, recording albums, performing in front of thousands, headlining Newport Folk and End of the Road Festivals and touring with the likes of The Killers and Mumford & Sons, but that’s exactly what The Felice Brothers have done.

And there has been no hanging about either as the folk-rock/country band (Ian Felice, James Felice, Josh “Christmas Clapton” Rawson, Greg Farley and David Estabrook) have recorded an impressive ten albums since their 2005 debut, each of which has attracted critical acclaim, with their latest, Favorite Waitress, being released earlier this year.

Telling tales as unglamorous as their humble musical beginnings, they sing of drug dealers, doomed romances, death and the likes, The Felice Brothers are refreshingly honest and down-to-earth, unafraid to tell it as it really is, yet doing so passionately.  This plain-spoken and unpretentious approach is reflected in their choice of venues for recording previous albums, which has included a school, chicken coop (!) and an abandoned train, helping them to produce music which is raw and direct and at the same time musically compelling, striking a chord with the listener.