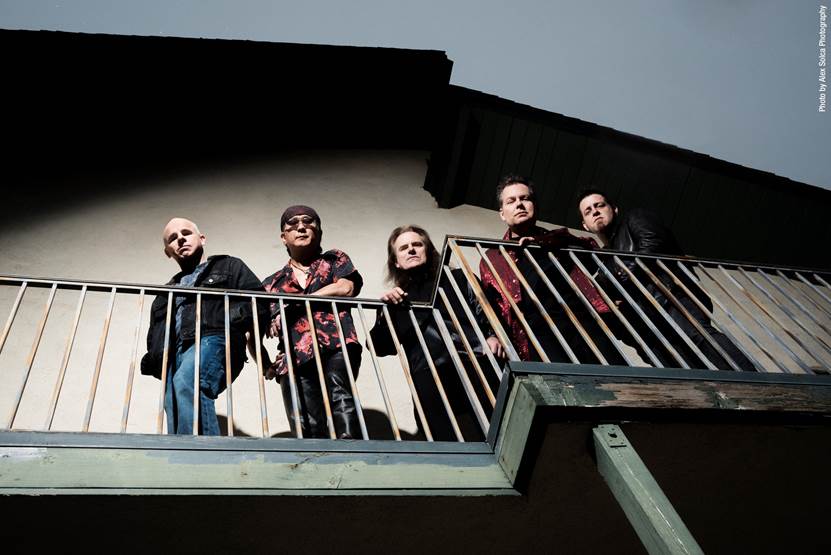 Legendary Prog group Spock’s Beard are set to perform at Manchester’s Club Academy on 3 October following the release of their recent twelfth studio album The Oblivion Particle.  The gig forms a part of their 16-date run of shows in Europe.

New studio album The Oblivion Particle is the follow-up to 2013’s Brief Nocturnes and Dreamless Sleep. The album finds the band answering the needs of their creations by utilizing the considerable versatility of each member.  In addition to Ted Leonard’s soaring vocals and Dave Meros’ distinctive bass, Alan Morse adds autoharp, banjolele, electric sitar and mandolin to his array of instruments, drummer Jimmy Keegan takes over lead vocals on “Bennett Built a Time Machine” and Ryo expands his arsenal of keyboard sounds throughout the album.  In addition, virtuoso Kansas violinist David Ragsdale lends his touch to the album’s majestic closer, “Disappear.”

As with the previous album Brief Nocturnes and Dreamless Sleep, The Oblivion Particle was recorded at The Mouse House and produced by Rich Mouser, Alan Morse and John Boegehold, a band collaborator of many years.

Spock’s Beard perform at Manchester Club Academy 3 on 3 October.  Support is set to come from Synaesthesia and Special Providence.

In Interview: The Courtesans
In Review: Joan As Police Woman at Gorilla
In Review: Fall Out Boy and The Pretty Reckless at Manchester Arena