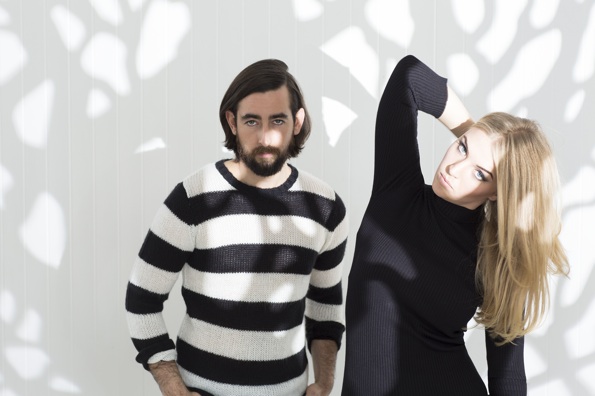 Sheffield’s finest – Slow Club – will be performing at Manchester’s Gorilla on 12th July as part of their UK tour in support of their third album Complete Surrender which is set for release on 14th July.

The Sheffield duo formed in 2005 and are made up of Charles Watson and Rebecca Taylor, who are both multi-instrumentalists and vocalists, and not to mention incredibly talented.

If previous offerings Yeah So (2009) and Paradise (2011) are anything to go by then Complete Surrender will be a must-listen album, as their previous material received widespread critical acclaim. But whilst the first two albums showed a pensive, thoughtful side, a sometimes heart-wrenching harmonic emotion-charged folk baladry, Complete Surrender is set to mark a slight change in direction. Gleeful. Summery. Slow Club are moving slightly more towards pop, but touching on almost every genre imaginable including Motown and the sounds of the 1970s.

It’s a change which they seem to be embracing and revelling in live. The bigger sounds are certainly suited to live shows, which are filled with more energy. The music is infectious and has received a positive response from critics who have seen their new material live. Existing fans will surely love it and for people not familiar with them, it’s a perfect opportunity to jump onboard.