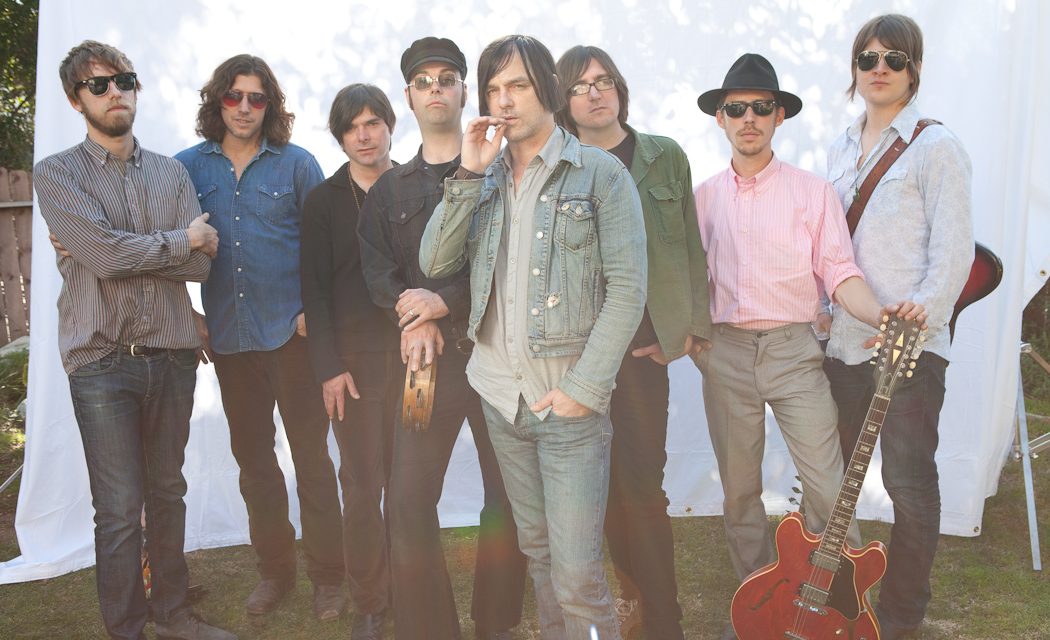 Performing at The Ritz 10th July.

The Brian Jonestown Massacre certainly has a colourful history.

Founded in San Francisco in the late 1980s, they have since been through no less than 40 different band members – that averages out at roughly three band members changing every two years. And that’s not all that’s changed over the years, with slight tweaks to their style taking the band in all sorts of directions – rock, folk, psychedelic rock, shoegazing, influences ranging from blues to raga to electronica. There’s certainly no accusing them of being dull!

Named after Rolling Stones founder Brian Jones and the cult suicide in Jonestown, the band has been as prolific as it has been fluid. Their latest album Revelation (released in May of this year) is their thirteenth full length album, a fact they have celebrated by touring extensively, taking in 35 Europe venues and festivals (including their first ever dates in Warsaw, Prague and Athens as well as key festivals such as Rock Am Ring and Northside) ) and the US, including a headline spot in The Austin Psych Fest.

Throughout their history, the constant with The Brian Jonestown Massacre has always been singer/guitarist Anton Newcombe who was one of the original founders of the band. He was featured heavily in the 2004 award-winning documentation DIG! (Documentary Grand Jury Prize at the 2004 Sundance Film Festival) which dealt with the trials of Newcombe and Courtney Taylor along witht he development and love-hate relationship of their respective bands The Brian Jonestown Massacre and The Dandy Warhols. It was a documentary which was criticised by the band members, who felt that the emphasis was misplaced and that the Director had attempted to create a Jerry Springer style plot out of the footage rather than concentrating on the positives – in effect condensing years of work and effort into a series of punch-ups, portraying Newcombe as a narcissistic rockstar, abusing drugs and alcohol. Conversely, it was hailed by critics.

The Brian Jonestown Massacre plays at The Ritz on 10 July. Tickets £15.