Previewed: Sløtface at The Castle 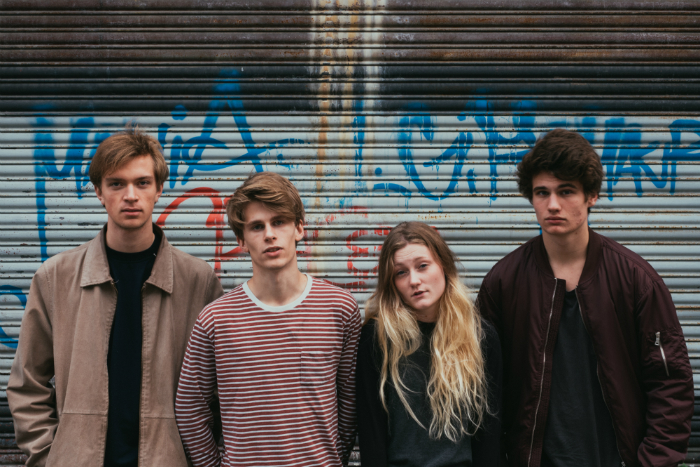 After the release of their latest EP Empire Records (out now via Propeller Recordings), Norwegian four-piece Sløtface open their UK tour at Manchester’s The Castle on Monday 13 February.

The new EP is an intriguing melting pot of influences and ideas, with tracks ranging from the 90’s indie rock tendencies of Bright Lights – to the EP’s title track which stands as nostalgic, excitable ode to 90s cult classic film High Fidelity.

Sløtface revel in their ability to write music which has a clear, impassioned message – but never shoving their thoughts down the listeners’ throat. Instead – their music is eloquently coated with a sheen of pop sensibilities, delivered with the snarl of a punk band.

Speaking on the EP recording process, singer Haley Shea said: “We recorded it at Ocean Sounds in Norway – the most beautiful studio in the world – with our awesome producer, Dan Austin, late last year” – with her going on to say: “The environment and stormy weather when we were recording really helped set the mood.”

The new EP tied up a sensational 2016 for Sløtface, which culminated in a debut US tour in December.  Following their acclaimed four-track debut Sponge State’ released in the Spring, the band have been celebrated by the likes of Billboard, NME, Noisey, DIY, Rocksound, Kerrang! and Consequence of Sound, alongside many others. At radio, they have clocked up more than 4000 plays internationally, including weekly spins from Annie Mac, Huw Stephens and Phil Taggart on BBC Radio 1 and a playlist add at triple j in Australia.

After the UK tour, the band will be performing at SXSW in the US before returning to the UK in May for an appearance at The Great Escape Festival.