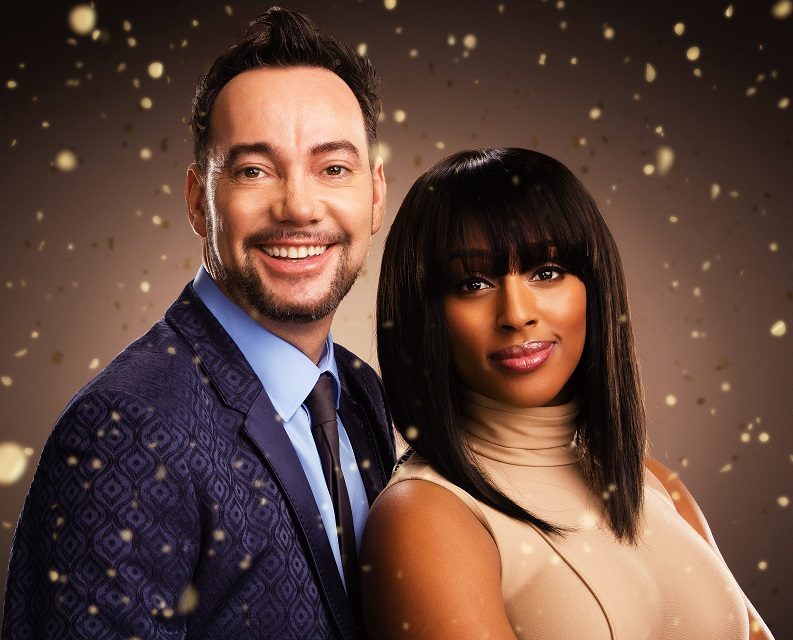 The smash hit musical Sister Act returns to Manchester for a run at the Palace Theatre.  The show is directed and choreographed by Craig Revel Horwood and stars Alexandra Burke as Deloris Van Cartier.

What is Sister Act about?

It’s a story known by many.  Based on the smash hit movie starring Whoopi Goldberg and Maggie Smith, Sister Act tells the hilarious story of Deloris Van Cartier, a disco diva whose life takes a surprising turn when she witnesses a murder. Under protective custody she is hidden in the one place she won’t be found – a convent! Disguised as a nun and under the suspicious watch of Mother Superior, Deloris helps her fellow sisters find their voices as she unexpectedly rediscovers her own.

Who is appearing in Sister Act at the Palace Theatre, Manchester?

Joining the previously announced Alexandra Burke as Deloris Van Cartier will be Joanna Francis as Michelle, Joe Vetch as Eddie, Karen Mann as Mother Superior and Liz Kitchen as Sister Mary Lazarus. Alexandra Burke will perform at all evening performances. At the matinee performances, the role of Deloris Van Cartier will be played by Joanna Francis.

Alexandra Burke recently starred as Rachel Marron in the national tour of The Bodyguard, performing at Manchester’s Palace Theatre.  She also played the part in the West End. She originally rose to fame after winning the fifth series of The X Factor. Her debut number one single Hallelujah sold over one million copies in the UK, a first for a British female soloist. Burke’s first album, Overcome saw the release of her subsequent number one singles Bad Boys and Start Without You. In 2011 she embarked on her first solo tour. Her second album, Heartbreak on Hold, was released in June 2012.

Joanna Francis has recently finished performing in the West End production of The Lion King. Her other credits include Carmen Jones at the Royal Festival Hall, The Harder They Come at the Barbican and Stratford East and as Sybil in The Big Life at the Apollo Theatre.

Joe Vetch’s West End credits include A Little Night Music at the Palace Theatre and Dusty at the Charing Cross Theatre. His touring credits include Saturday Night Fever and The Threepenny Opera.

Liz Kitchen most recently played Yente in the national tour of Fiddler on the Roof. As a musician and musical director her credits include Blood Brothers in the West End, Sweeney Todd at the Liverpool Playhouse and A Winter’s Tale at the Royal Shakespeare Company. 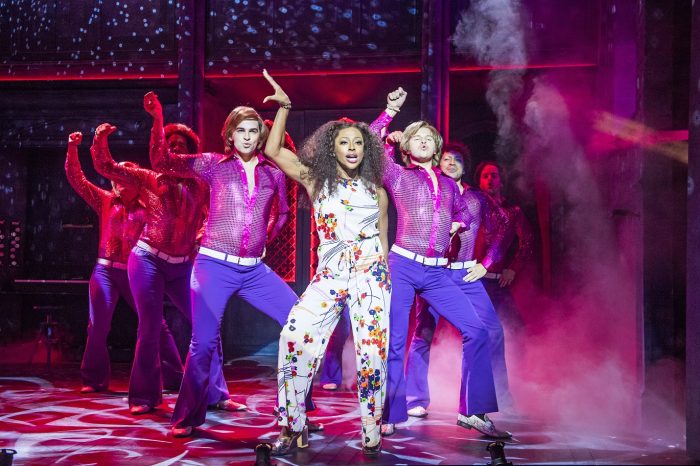 Who is behind the production of Sister Act at Manchester’s Palace Theatre?

This all new production of Sister Act is presented by Jamie Wilson Productions.  The musical is directed and choreographed by Craig Revel Horwood with musical supervision and arrangements by Tony Award-Winner Sarah Travis. Set and costume design is by Matthew Wright, with lighting design by Richard G Jones and sound design by Richard Brooker.

Craig Revel Horwood is probably best known as a judge on BBC One’s Strictly Come Dancing. As a director and choreographer his many credits include the recent all-star concert of Stephen Sondheim’s Follies at the Royal Albert Hall, Sunset Boulevard at the Comedy theatre in the West End, the national tours of Fiddler on the Roof, Spend Spend Spend and Chess (also Toronto) and The Witches of Eastwick, Martin Guerre and Copacabana, all at the Watermill Theatre. Craig also wrote and directed a brand new show, Strictly Confidential that toured the UK starring familiar faces from Strictly Come Dancing as well as the annual arena tours of Strictly Come Dancing.

Where and when is Sister Act performed in Manchester?

Sister Act has a one week run at Manchester’s Palace Theatre, taking residence from Monday 24 July until Saturday 29 July.  Shows are at 7.30pm with Wednesday and Saturday matinees at 2.30pm.  Tickets are priced from £15.