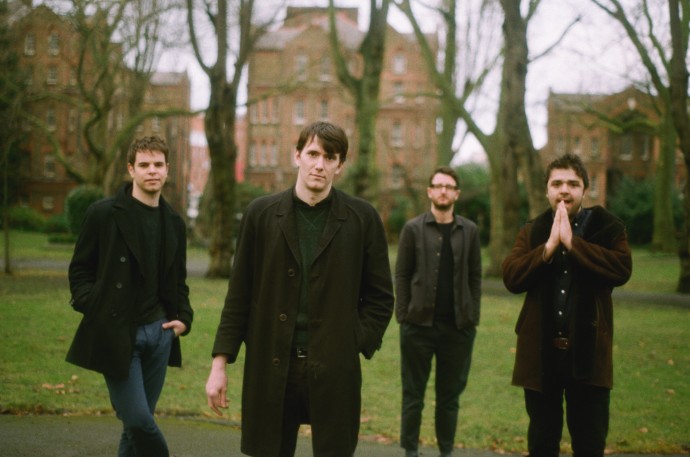 Fresh from their support slot with James, Manchester’s Shaking Chains are set to play at Gullivers alongside Sandell’s who launch their album at the gig.

The show follows the release of Shaking Chains’ debut single Midnight Oil/Drunk No More earlier this year.  Accompanied by a revolutionary algorithmic video designed by the band themselves, the technological video sees each viewer introduced to an entirely unique video upon every time of playing.

Shaking Chains borrowed their name from The Masque of Anarchy, a poem written when Shelley was in exile, to portray his disgust with the Peterloo Massacre and the encroaching parochialism of the England in which he fled. More Chartists than chart hits, they are a four piece produced in the north long after production halted, currently treading water under the dark streets of London (having played music together, in one form or another since they were at school).  In an age where groups live and die in the time it takes them to amass student loan debt, they have stayed together, like a dysfunctional family – chained – through mutual misunderstanding, begrudging love and harrowing shared experience.

Where and when do Shaking Chains play in Manchester?