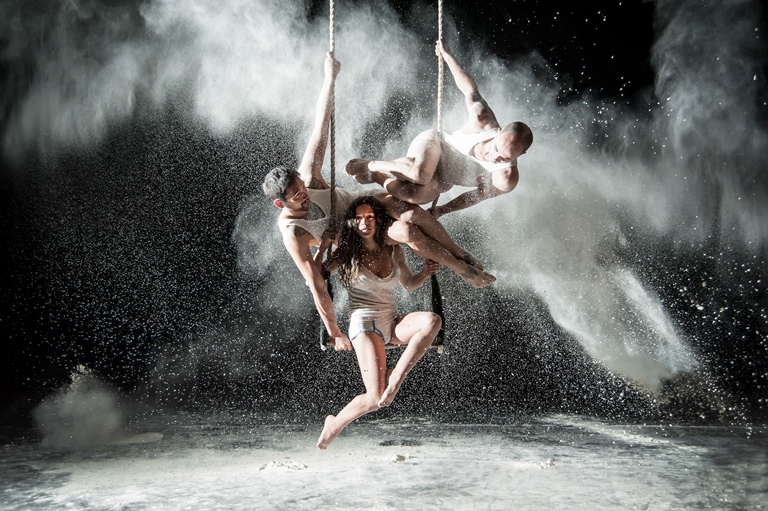 In collaboration with renowned director Mark Storer, who also worked on the Roundhouse’s groundbreaking production The Fat Girl Gets a Haircut And Other Stories with a cast of 12-17 year olds, Puffball builds on that success with a production that has come about as the culmination of a major year-long project working with young people from towns and cities across the UK, who all identify as LGBTQ (lesbian, gay, bisexual, transgender or questioning).

In partnership with the Roundhouse (London), Contact Theatre (Manchester) and Cast (Doncaster), a company of professional circus artists and young people who have been a part of the project have come together and, inspired by personal stories, created a show that is exhilarating, heartbreaking, devastating and joyful.

Puffball explores adolescent sexuality and the many struggles that are encountered every day by LGBTQ individuals. This unique show looks at how the isolation and rejection that are often experienced can manifest in feelings of abnormality.

This eagerly anticipated production, which has already premièred at CircusFest2014, has also been set to a live, somewhat jazzy, score, by award-winning composer Jules Maxwell.

Post-show entertainment will also be staged each night in the Great Hall, where audiences are invited to some raucous late-night entertainment in the form of Mother’s Ruin: Puffball Cabaret, which is presented by The Royal Exchange and Contact in association with Cake Tin Foundation and Rude Girl.