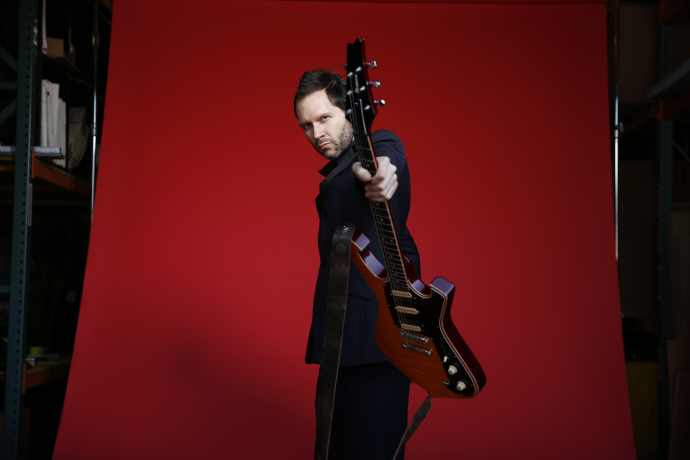 Paul Gilbert will headline at Manchester Academy 3 as he takes his Behold Electric Guitar Tour around the UK.

The Manchester gig is one of nine UK dates he is performing.

The tour comes after the release of his latest solo album I Can Destroy earlier this year.  Speaking about a slight change in his guitar style, he explained, “One thing I’ve always struggled with as a writer is I don’t think I’ve written a lot of songs that make it easy on the improviser.  Coming from a heavy rock background, that’s been a real challenge. But I worked really hard to rework all my fingerings so I could emphasize different tones the way my ear hears them. I’m still working on it, but that was a major step forward for me as a guitar player — to be able to get that sound on purpose, rather than by accident.”

The album features a wide array of styles and textures.  From the full on Everybody Use Your Goddamn Turn Signal to jazz-blues One Woman Too Many and the radio-friendly ballad Love We Had, the album takes the listener on a journey.

The album was produced by Kevin Shirley (Led Zeppelin, Iron Maiden, Rush) who he worked with on Mr Big’s 2011 release What If.  “One thing I knew about working with Kevin as a solo artist is that there weren’t going to be that many overdubs on the record — not that many takes, and not many fixes,” Gilbert reports. “As a musician, that puts the fear into you. It’s a good fear, and it made me want to prepare in a pretty healthy way.”

When does Paul Gilbert headline at Manchester Academy 3?