Previewed: Opera Della Luna “The Gondoliers” at The Lowry Theatre 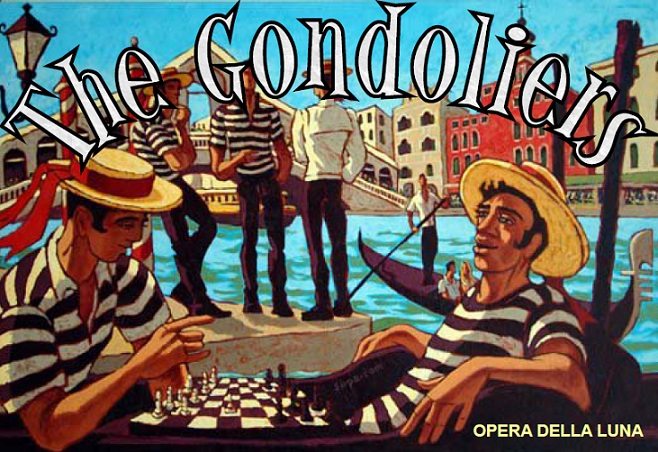 Opera della Luna brings its unique ensemble of multi-talented singers and comedians to the Lowry Theatre next week as they celebrate their twentieth anniversary.

Originally founded in 1994, Opera della Luna has decided to celebrate twenty years of singing and comedy by taking on a rather ambitious project called the Venetian Initiative – touring the UK putting on performances of one of Gilbert and Sullivan’s best known operettas, The Gondoliers. The challenge however, lies in the fact that each performance will have a different chorus comprised of 24 talented local young performers from each area.

Across the country, young people have been attending auditions and the chosen 24 in each area have undergone 8 weeks of rehearsals in preparation for the show.

The Manchester chorus is comprised of a group of young people with diverse interests and backgrounds. This includes Joe Dickens, a first year maths student with a passion for musical theatre; Leon Waksberg, a civil service employee and amateur singer; and Tom Wilkinson, who is studying for a PhD in Medical Imaging and is a member of the RRS Choir, Barbershop and Chamber Choir and has performed at the Royal Albert Hall and the British Embassy in Thailand.

Jeff Clarke, the Company’s Director who hails from Cheshire said, “Our aim is not only to give them a glimpse of professional theatre and first-hand experience of being part of a major production at a top venue, but also to introduce them to Opera della Luna’s repertoire and in particular to Gilbert and Sullivan, presenting the material to them in a challenging way that they hadn’t perhaps previously imagined.”

Local budding actress, Caroline Lamb, who comes from Salford and is currently working at The Lowry’s Box Office, was one of the lucky few selected from her audition session.

Caroline commented, “As a young actress and singer, this is most definitely an opportunity that I could not afford to miss, and was only made possible by Opera della Luna’s generous decision to recruit a chorus of young singers from the local community, and The Lowry’s commitment to increasing participation in the arts for young people in Greater Manchester and beyond.  As is their usual approach, Opera della Luna will be endowing The Gondoliers with a new energy, and a few of their trademark surprises! Rich with a lush Italian-influenced score and zinging with typical Gilbertian political cynicism, it’s already looking like this production will take on the new life that the company joyously breathes into all its productions.”

The professional cast includes Victoria Joyce, Kristin Finnigan and Maria Jones who all come from Lancashire.

The Gondoliers has been described as a ‘witty reflection on the values of Monarchy and Republicanism and has proved to be one of Gilbert and Sullivan’s most enduring successes.’

Whether you love music-theatre and operetta, or would just like to see a performance full of dance and toe-tapping tunes, then get yourself down to the Quays Theatre at The Lowry this week!

Where and when does Opera Della Luna perform The Gondoliers in Manchester?