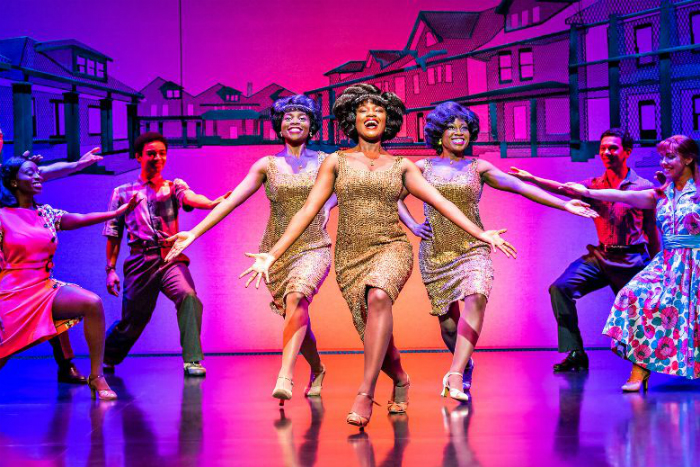 Just weeks after Motown celebrates its 60th anniversary, Motown The Musical comes to Manchester Opera House as part of its major UK tour.

The UK tour of Motown The Musical opened in Birmingham in September 2018 and runs through until October 2019, spending four weeks at Manchester Opera House.

Berry Gordy founded the Motown label in 1959 and the production tells the story of how with just $800 borrowed from his family he went from a featherweight boxer to heavyweight music mogul, discovering and launching the careers of Diana Ross, Michael Jackson, Stevie Wonder, Smokey Robinson, Marvin Gaye and many more.  Motown the Musical uncovers the true story of the legendary record label that changed music history and created the soundtrack of a generation.

Cast announced for Motown The Musical at Manchester Opera House

With music and lyrics from the Motown catalogue and book by Motown founder Berry Gordy, Charles Randolph-Wright’s production features a live orchestra playing 50 Motown tracks including Ain’t No Mountain High Enough, I’ll Be There, Dancing In The Street, Stop! In The Name Of Love, My Girl, I Heard It through the Grapevine and tells the story behind the classic hits.

The cast for the UK and Ireland tour includes Edward Baruwa who plays the leading role of ‘Berry Gordy’, Karis Anderson as ‘Diana Ross’, Nathan Lewis as ‘Smokey Robinson’ and Shak Gabbidon-Williams as ‘Marvin Gaye’.

Speaking about the anniversary of coinciding with the UK tour, Charles Randolph-Wright commented, Charles Randolph-Wright said of the anniversary ‘When Motown started in 1959 every major city had a girl group, a guy group, a kids group and a great a lead singer but the unique thing that Detroit had was Berry Gordy, it had Motown. As we have seen every night with audiences at Motown the Musical, they still love the Motown music 60 years on and it appeals to every age. I love that each audience member finds some aspect of this show that resonates with them. The show is infectious, and the UK truly knows and loves this music. Motown continues to be more than a record label and a show, it’s a movement.’

When does Motown The Musical run at Manchester Opera House?

Motown The Musical runs at Manchester Opera House from 26 February to 23 March 2019.