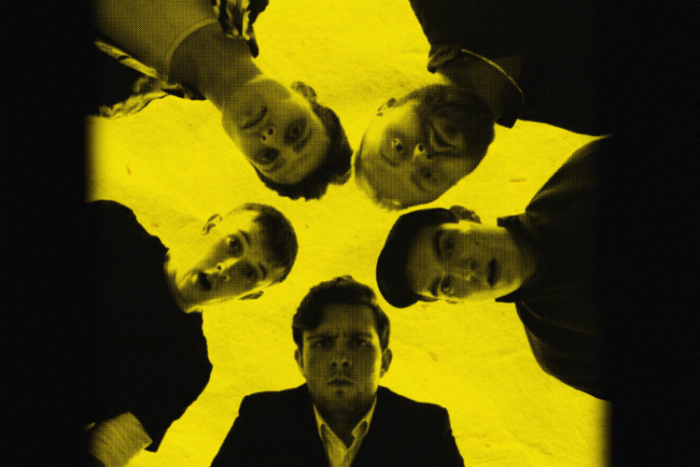 WonderIfTheatre make their return with slick, black comedy Mojo, bringing the 1990’s Madchester club scene to The Met in Bury.

The production follows the sell-out success of Airswimming in March 2019 and sees Jennie Fairclough, founder of WonderIfTheatre directing her second play.

Mojo, forms a part of the Greater Manchester Fringe Festival and shifts the action of the play from Jez Butterworth’s Soho to 1990’s Manchester.

The production runs for three nights at The Met in Bury and features talent from the North West.  Mojo sees Potts, Sweets, Skinny, Mickey and Baby have their world turned upside down as they try to locate Silver Johnny and figure out exactly what has happened to notorious gang leader, Ezra.

Paul Jennings returns to acting in the role of Potts after a six year break following successful roles in The Dumb Waiter, Playing Away and the titular role in Macbeth.

Leigh Manning takes on the role of Sweets after performing to audiences across the North West in various productions including KES (Oldham Coliseum), Rats Tales (Royal Exchange) and Punk Rock (Bathhouse Theatre).

Joining them are Miles Mooney (as Mickey) and Oliver Baines (in the role of Skinny).  Both recently shared the stage in West Side Story as Tony and Riff.

Completing the line up is Scott Harrison, East 15 and Liverpool Institute of Performing Arts graduate, in the role of Baby.

Speaking about the production and relocating the story to Manchester, director Jennie Fairclough commented, “I grew up in Madchester, Sankey’s and Academy flyers graced my walls and the Hacienda was at its peak of popularity, in many ways it was a rite of passage for my friends and me.  But even as naive teenager, we were always aware of a seedier side.  As the 90s unfolded there was a growing presence of ever angrier bouncers on doors.  Clubs full of ravers, high on life and anything else they could get their mitts on and corners always crowded by gangs of blokes in bomber jackets, sideways glancing, the runt sent on surveillance missions to monitor the presence of rivals gangs.  This seemed the perfect parallel world to the 1950s Soho gangland Butterworth chose to set Mojo in.  It’s certainly immediately relevant to my Northern cast and most definitely has something to say to my Mancunian audience.”

When does Mojo run at The Met?