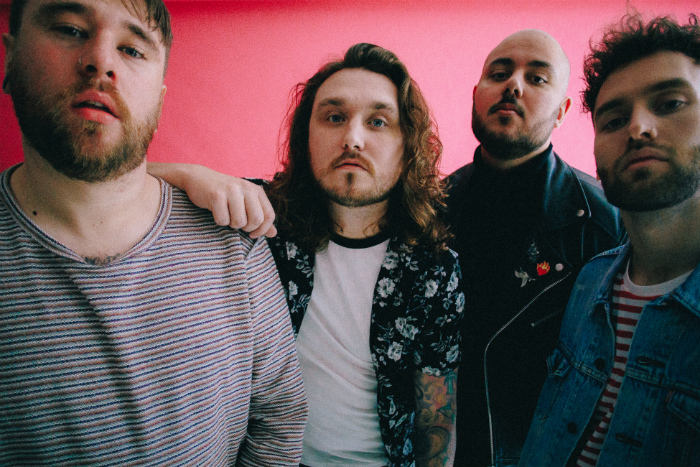 Mallory Knox return to Manchester for the first time since the departure of vocalist Mikey Chapman for a gig at Rebellion.

The Manchester gig comes after the band released their first single as a four piece, Black Holes, for which bassist Sam Douglas stepped up to vocal duties.

Speaking of taking on the vocals for Black Holes, Sam Douglas commented, “ I think it shows a completely different side to my voice. In taking on lead vocals, that was something I wanted to be able to show from the get go. It’s a song we’ve played at rehearsal for a while and we’re all really excited about integrating it into the set.”

He added, “It’s all too easy in this day and age to post every single thought we have online, and at times too much can be said. Everybody seems to be so quick to have an opinion on something, which they often know nothing about, and I struggle to defend how much negativity is spouted online. We really wanted to make sure that emotion was captured in the recording and our producer Adrian Bushby really brought out the bare bones of the song in the best way. It’s a conscious effort to go back to basics. We really want the listener to be able to hear every part being played and I feel we’ve achieved that.”

Mallory Knox hit the Top 20 of the UK Album Charts with their second album Asymmetry and latest album Wired, which they celebrated with a Manchester HMV in-store performance, being play listed on BBC Radio 1 along the way.

Where and when do Mallory Knox perform at Rebellion Manchester?