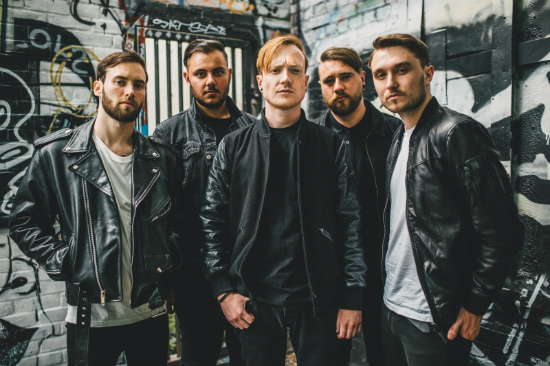 The 16-date tour marks Mallory Knox’s biggest tour yet and the incredible demand for tickets has lead to an additional London date being added at the Electric Ballroom.

Asymmetry has seen Mikey Chapman (vocals), Sam Douglas (bass, vocals), Joe Savins (guitar), James Gillett (guitar) and Dave Rawling (drums) taking the Mallory Knox anthemic rock sound in new directions and growing as a band.  Described by Sam Douglas as “the songs that we want to listen to right now”, the album retains the soaring highs fans are used to but adds to it.  “This album sees us really develop as musicians and as a band” commented Mikey Chapman.

Asymmetry has been produced by Gil Norton, famed for his work with the Pixies and the Foo Fighters, and known to be a hard traskmaster.  “We thought, ‘He’s the man who shouted at Dave Grohl, so he’s definitely going to shout at us” remarked Mikey.  But this is only the beginning for the Cambridge band who are determined to develop even further and set the highest of standards.  “We just want to keep climbing” says Mikey.  “I fear for the day when we sit back on our laurels and say ‘I’m OK with where we are now’.  We’ve got to keep developing, keep learning, become better musicians on every level.  Don’t shoot for the stars and settle for halfway.”

Mallory Knox perform at Manchester academy on 15th November 2014 with support from Frank Iero and the Cellebration, Fort Hope and Mooseblood.

In Review: Fall Out Boy and The Pretty Reckless at Manchester Arena
In Review: Marmozets and Lonely The Brave at The Deaf Institute
Tickets on sale for Kerrang! 2015 Tour