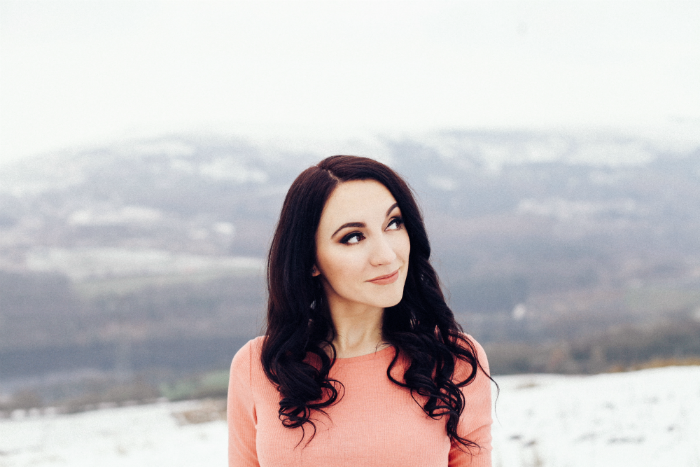 MOBO nominated singer Kristyna Myles is set to launch her second album, Paint A Brighter Day, at the Ruby Lounge in Manchester on Monday 23rd March.

The 11 track album is the follow-up to 2014’s magnificent debut Pinch Me Quick, and was recorded with Mercury Prize nominated producer Andy Ross, featuring songs about life-lessons with the aim of inspiring and painting listeners’ days brighter.

Paint A Brighter Day is an album in which Kristyna Myles appears to pour out her heart, but far from being an album of sorrow and melancholy, there’s plenty of hope and determination, with opening track New Page (interlude) hinting at the themes to come.  Tracks such as I’m Getting Rid Of This, an upbeat break-up anthem, the driven I Guess I’ll Never Know, featuring some beautiful vocal arches, and Halfway (let your ears take over and at one point it’s actually possible to imagine that it is Mariah Carey at her peak singing) provide strong hopeful messages and determination.  There are some more somber moments, with the slow, stunning Garment of Shame in particular providing an excellent showcase for Kristyna’s sublime voice over a minimal gentle accompaniment before rising to a full-bodied finale.

There are influences of jazz, soul, gospel, blues and even country to be found on the album, which is an excellent listen from start to finish.  In particular the strong jazz influences can be felt with the superb Drop Me A Line (also featuring a strong funky bass) and the excellent piano work in A Change Is Gonna Come, one of the standout tracks on the album.

Listening to the album, it is simply impossible to deny that Kristyna Myles has a stunning, soulful voice and an incredible knack for song-writing (all songs on the album were written or co-written by the MOBO nominee).  Whether it’s the faster paced pieces or the slower paced tracks such as Heaven Knows, a lovely delicate song which showcases her voice atop a soulful, gospel influenced instrumental accompaniment or the beautiful Autumn, a slow yet bright and optimistic work, her voice draws you in, making you take note and admire what an incredible talent she is.  Paint A Brighter Day is a stunning return from an artist never fails to deliver. 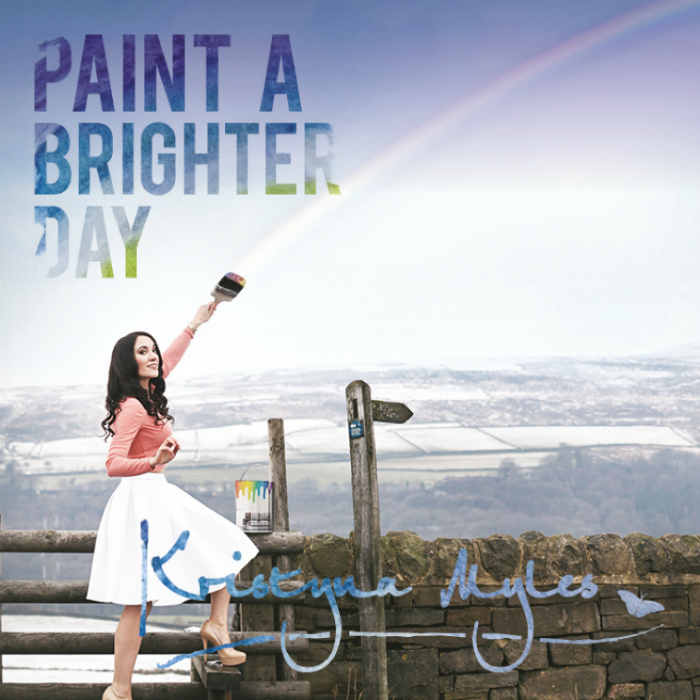 Paint A Brighter Day has been released thanks to a successful campaign on PledgeMusic which enabled Kristyna to fund the album and video for first single I’m Getting Rid Of This with support from music fans.  As part of the process, a number of fans were able to take part in the video shoot and visiting the recording sessions.

Kristyna Myles got her first break busking on the streets of Manchester, winning BBC Radio Five Live’s ‘Busk Idol’ competition.  Since then she has toured Europe, receiving extensive coverage and supporting a host of big name artists including Chris de Burgh, Lisa Stansfield, Mick Hucknall, Will Young, Lemar and the legendary Nile Rogers & Chic.  Despite signing a five album deal with Decca Records, 2013 saw Kristyna Myles part ways with Decca and pursue her career as an independent artist.  It was a brave move that paid off with her debut independent single – a cover of the Style Council classic, The Paris Match described by Paul Weller as “absolutely stunning!”

In 2014 Kristyna followed up with the release of her debut album Pinch Me Quick produced by the Grammy Award winning Ken Nelson. The year ended with a performance of her song Heaven Knows on BBC Songs of Praise and a MOBO Award Nomination for Best Gospel Act.