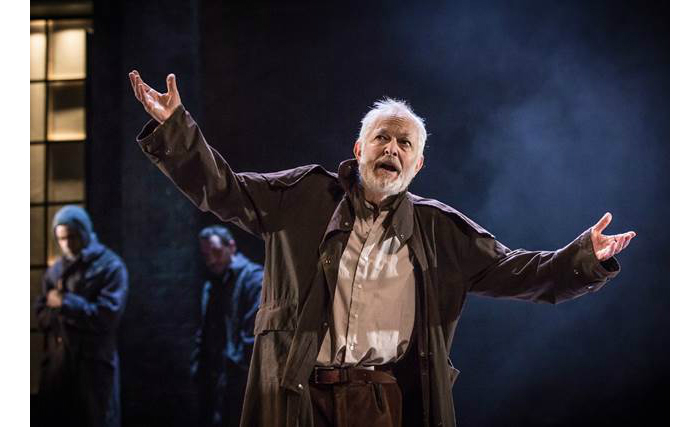 William Shakespeare’s King Lear is set to come to the stage of Manchester Opera House 31 May to 4 June, starring renowned Shakespearean actor Michael Pennington in the title role.

The production marks the first time that the Royal Shakespeare Company regular and four time Olivier Award nominee has played the iconic role in the UK after his 2014 performance at the Shakespeare Center New York which received wide praise.

In Shakespeare’s epic tragedy, an ageing tyrant’s decision to divide his kingdom tears his family apart, sparks catastrophic civil war and destroys all that he has.  Driven from his home, King Lear endures madness and great suffering as he battles a great storm. Yet with madness he finds reason, after betrayal he discovers loyalty and through his suffering a better world emerges.

Michael Pennington commented: “I am very proud to be on the road playing King Lear in Max Webster’s brilliant production with a tremendous cast, criss-crossing the country in this greatest of all Shakespeare’s dramas, a modern morality tale whose themes are as relevant today as when the play was written. Whether you’ve seen the play many times or never, we can promise you a terrific evening.”

This new production of King Lear is directed by Max Webster, Associate Director at the Old Vic who commented “In the year that marks the 400th anniversary of Shakespeare’s death, it’s thrilling to be directing one of his greatest tragedies, and to be working with Michael who is one of the most respected Shakespearean actors of our time. I look forward to our talented cast bringing a gripping new interpretation to audiences across the UK.”

Michael Pennington has played numerous roles with the Royal Shakespeare Company in a career spanning over 50 years, and was co-founder of the English Shakespeare Company. Recent notable performances have been as Edgar in Strindberg’s The Dance of Death, at the Gate Theatre, John of Gaunt in Richard II (RSC), and as Anthony Blunt in Alan Bennett’s Single Spies at the Rose Theatre Kingston.

King Lear is performed at Manchester Opera House from Tuesday 31 May to Saturday 4 June 2016.