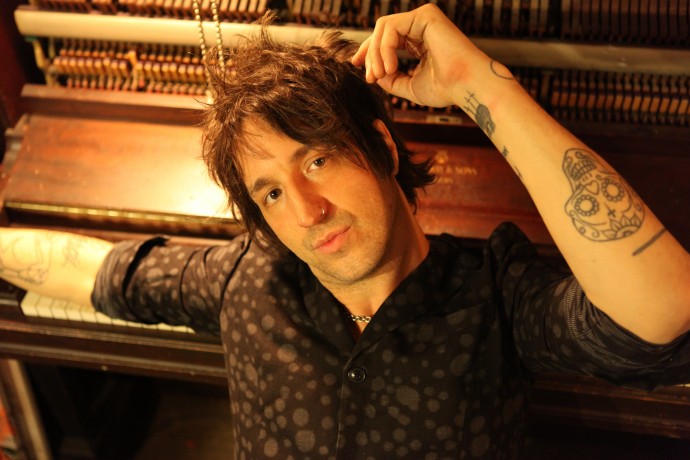 Singer-songwriter Joseph Arthur is back with a new album, The Family, his fifth album for Real World Records, the label which signed him in 1997.

The singer, songwriter, poet and artist from Akron, Ohio, is best known for his solo material (although his work with RNDM and Fistful of Mercy can’t be ignored), and combines poetic lyrics with a layered sonic palette.  Over the years he has released 20 plus albums which have included collaborations with Lou Reed, Dhani Harrison and Ben Harper, T-Bone Burnett and Jeff Ament.

Live, he pioneered the use of loop pedals and layered vocals years before it reached the mainstream.  Smart, soulful and intricate in ways that most songwriters can only dream of, Joseph’s songs are bursting with ideas – emotionally raw and unyieldingly inventive. His throaty delivery lends a vulnerability to both the beautiful acoustic melodies and harder-edged, expansive driving rock.  It’s also not unknown for him to throw in a touch of beat-poetry whilst on stage and even some live painting.

An accomplished painter, Arthur has also displayed his artistic works in galleries around the world.  He completes his artistic diversity as a prolific writer of poetry and even a children’s book.