Previewed: Jon Boden at The Met 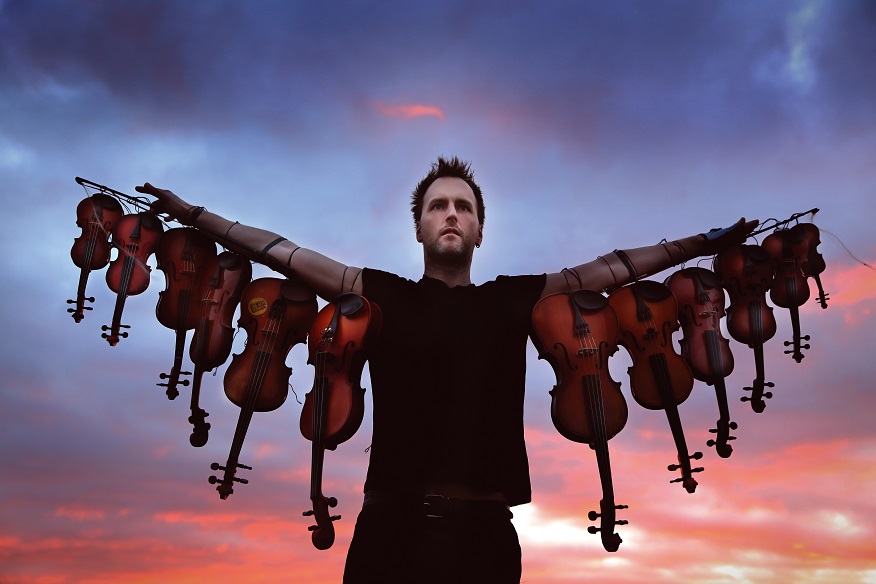 Following the recent re-issue of Jon Boden’s debut solo album Painted Lady, which celebrates its 10th anniversary, the Chicago-born, Winchester-raised artist is setting out on his first major solo UK tour, stopping off at Bury’s The Met along the way.

Now residing in rural South Yorkshire, Boden is not only a leading performer of his generation of folk artists but also one whose repertoire extends far beyond the boundaries of a single genre. For over a decade, Jon was in a highly acclaimed traditional folk music duo with melodeon player John Spiers. Together they toured and recorded with Eliza Carthy, appearing on her Mercury Prize nominated album. In 2009 Boden formed The Remnant Kings with whom he recorded his second album, Songs from the Floodplain, painting a compelling, post-apocalyptic world.

Jon is still best known as lead singer (and principle arranger) of the multi-award winning big band Bellowhead. During the band’s 12 years they achieved an unrivalled level of critical and commercial success, playing on virtually every major stage around the UK. Jon decided to stand down in 2015 and on 1st May 2016 Bellowhead played their final gig.

The common theme throughout Jon’s folk music is his commitment to social (communal) singing. He’s actively promoted it in a variety of ways, most notably in 2010, when for one year, he undertook an ambitious project called A Folk Song A Day, releasing an online song every day.

Outside of the world of traditional folk, Boden has composed music for both theatre and film, most notably two Royal Shakespeare productions at Stratford: Merchant of Venice (2008) and A Winter’s Tale (2012). In 2013 he was commissioned to compose a version of Little Musgrave to be performed alongside Benjamin Britten’s work of the same name at Aldeburgh. In addition he performed the Juliet Letters with the Sacconi Quartet at the Bristol Old Vic. He also appears in Richard Curtis’s film About Time and contributed music to the score. Autumn 2013 also saw the debut of a new BBC2 comedy series Count Arthur Strong for which Jon composed and performed the signature music.

Jon Boden’s first solo album, Painted Lady was produced by Jon in collaboration with Ben Ivitsky and is a work of considerable ambition and originality. The album features 12 songs written by Boden and is especially notable for its dazzling array of instrumentation, including fiddle, octave fiddle, concertina, banjo, guitars, double bass, Indian harmonium, glockenspiel, electric piano, and perhaps more unusually for a folk artist, Moog synthesizer and drum machine – all of which are played by Jon Boden.

Painted Lady will surprise those expecting a version of Bellowhead’s full-on, euphoric energy, as here Boden also displays a soulful, moving and at times, understated sound, romantic without being at all ‘folksy’. There’s even Jon’s low-fi interpretation of a Whitney Houston classic, I Wanna Dance (with Somebody).

Jon Boden performs at The Met, Bury, on Monday 14 November.