Previewed: Highasakite at the Deaf Institute 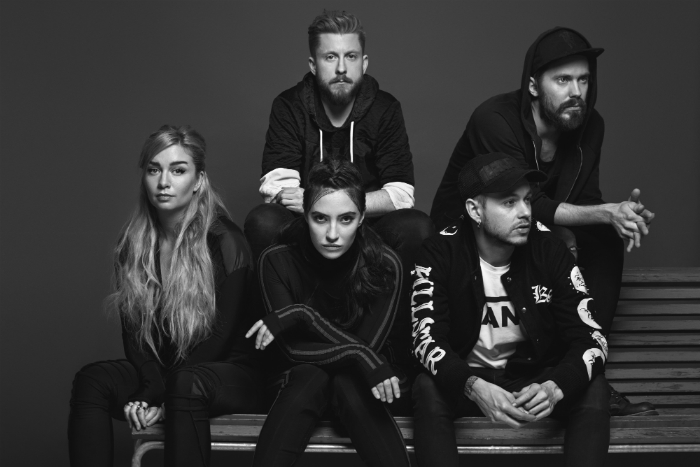 As one of one of seven detention camps within Guantanamo Bay, Camp Echo is a brooding proposition. It’s entrenched in historical discourse, but for Highasakite’s Ingrid Helene Håvik, ‘Camp Echo’ is more a state of mind. It forms the basis of Highasakite’s highly anticipated follow-up to debut LP ‘Silent Treatment’ – an effort applauded on both sides of the Atlantic which claimed the record for longest consecutive run in Norwegian chart history.

Despite loose political commentary, the album is without agenda. The intention is not to persuade or invade but more so, an attempt to make sense of the inner turmoil born of external unrest. “It’s not a political album in the sense that I want people to side with specific party or mindset, but it has been central in my life,” Håvik says. “There are not many love songs on the album, because I haven’t been in that state of mind for a long time. Global warming and war have been my main concern.”

The songs took shape over the 18 months leading to 2016, serving an internal memoir of the outward events that so dramatically shaped Håvik’s worldview. It’s a long time in the making, stemming back to the terrorist attacks of September 11, 2001. “I remember that day and I remember the world being so divided,” she says. “My whole town in Ålesund (Norway) gathered for this really big demonstration against the war in Iraq and I remember being part of that. It’s a part of us and our history, and for me, it formed a realisation of the world we live in.

“My world perspective since that day has never been very positive. It’s not fear or anger, it’s just different.” It’s a sentiment shared amongst the band’s collective parts – Trond Bersu (drums), Kristoffer Lo (guitars), Øystein Skar and Marte Eberson (synthesizers) – having cast a rather menacing shadow over their formative years.

“We were in our teens when 9/11 happened,” Eberson explains. “Obviously, terrorism and war had been prevalent throughout history, but back then, I didn’t know anything. I didn’t know who Al-Qaeda was; everything was new. I remember when I was home one day and the statue of Saddam Hussein was thrown down [2003], and I just started to cry. Everything was just falling apart in a way. It was strange to see.”

Fittingly enough, ‘Camp Echo’ opens with ‘My Name Is Liar’ – an effacing ‘tribute’ to George W. Bush, citing moments of his infamous War On Terror speech. The narrative continues with ‘My Mind Is A Bad Neighbourhood’ and ‘I Am My Own Disease’, taking inspiration from the words of ex-marine Grant Collins, who served in Iraq from August 2004 – May 2005. “We started lighting up the city like you wouldn’t believe” – a public retelling of a soldier embroiled in an uneducated and ill-informed battalion.

Though existing within the public sphere, ‘Camp Echo’ is ingrained in the human condition; with Håvik having explored the impact of post-traumatic stress disorder (PTSD) on war veterans and, on a more personal level, her own battle with social displacement and hopelessness.

In its more contemplative moments, the album touches on a “godless” existence, or more specifically, the construct of God as a means of solace. One of the earliest tracks penned for the album, ‘God Don’t Leave Me’recites extreme loneliness, guilt and despair, both in terms of Håvik’s own circumstance and that of soldiers affected by PTSD: “God, don’t leave me, I’ll freeze. I panic in my bedroom half asleep… Creator of my awful mind, you crossed the line this time”. “It follows the idea that everyone believes in god when they’re scared enough or in enough despair,” she says.

“It’s a very famous verse, and was used a lot around the time of the Norwegian terrorist attacks [Oslo and Utøya, 2011]. The song is very much about escapism, both escaping yourself and the world; just wanting to get high and get out, basically” – a surprising foundation, given the track’s uplifting and undeniable pop sensibilities.

Sonically speaking, ‘Camp Echo’ exists somewhere between the mid 1980s–90s; pulling inspiration from electro-industrial heavyweights The Prodigy and Nine Inch Nails, and owing much to the production smarts of Kåre Christoffer Vestrheim (who also produced ‘Silent Treatment’). Given the band’s largely electronic output, it’s interesting to note the all-inclusive process that sets them apart from EDM contemporaries.

“It’s usually one person, one producer that does the whole thing,” Bersu explains. “But we were working as a full band, with a producer in a really great studio. It’s quite unusual, really.

“It’s obviously great having a full band, with different expertise on each instrument, but it’s challenging as well. You have a lot more heads to think about; more conflicting ideas, but I think we achieved a more organic sound in the process.”

Despite the success of ‘Silent Treatment’ – including 2x Norwegian Grammys, an IMPALA Nomination (European Independent Album of the Year), Triple J Hottest 100 (AUS) placing with single ‘Since Last Wednesday’, Album/Single of the Year listings on NPR (US) and tippings from the likes of Pitchfork, NME and The Guardian – Highasakite approached their sophomore effort with refreshing humility.

“When we first heard Ingrid’s demos, it was immediately clear that we had to think and work in a different way than on the last album,” Lo says. “For me, I think the way the synthesisers and the drum programming evolved during production made a lot of sense to use the guitar in a more electronic way than we had previously; something that had an industrial sense to it. I like that the album has changed so much from ‘Silent Treatment’. It’s so different.”

In many ways, it represents a coming of age, though not by way of conceited or complacent clarity. There’s no enlightenment. No contention. At its core, ‘Camp Echo’ is simply a cry for affinity. Understanding. Quite literally, ‘Someone Who’ll Get It’.

Lead single ‘Someone Who’ll Get It’ ricochets and resonates, with Highasakite’s signature battalion in full force. The accompanying video is a seething, oil-drenched contortion – a “dark and pummelling” (The Fader) pop number deserves no less – featuring Ingrid at her vulnerable and ferocious best.

Highasakite play at The Deaf Institute on Monday 23 May.  Camp Echo was released on Friday 20 May.