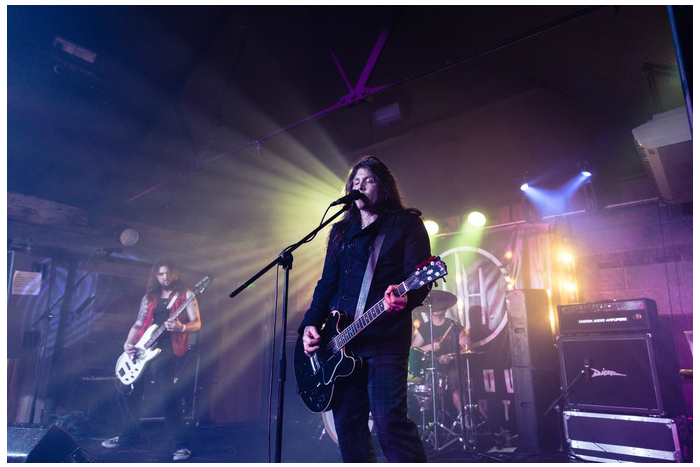 Yorkshire rockers Hellbound Hearts are set to perform at Rebellion on 21st February.

Having started out in 2011, the band has gone on to release three EPs, their 2011 self-titled release, 2012 follow-up Outside and their most recent 2014 piece The Proximity Effect.  These releases have have been interspersed amongst successful tours and gigging which has seen them support the likes of Terrorvision, Black Spiders, Sons of Icarus and JettBlack amongst others as well as headlining in their own right.

But after a trying 2014, which saw illness, album delays and a change to the line-up, who are the trio?

Vocalist/Guitarist Danny Lambert is no stranger to the the big stage, having performed with Terrorvision.  With a talent for hooks, Lambert is the creative mind responsible for bring the tunes from the paper to the stage and delivers the vocals with ferocious energy.

On bass, Craig McLaren draws inspiration from some of the heaviest but melodic rock quarters and has played to them all from Cumbria to Kent.

Ex-Glitterati and The Howling member Billy James Mitchell completes the trio on drums.  Having joined the band recently, this is set to be only his second gig with Hellbound Hearts.

Hellbound Hearts have already had significant praise from bloggers and and music sites and have seen their reputation grow as quickly as their legions of fans.