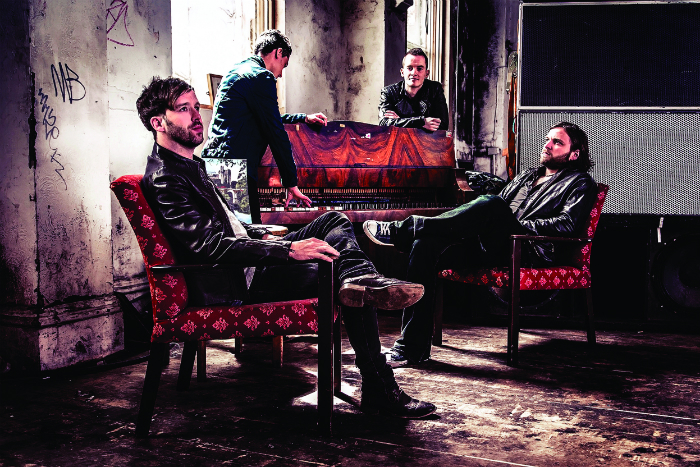 Manchester quartet Federal Charm are about to get back on tour with their Crossing The Divide Tour which sees them playing a hometown gig at Gullivers on 11 June.

The 17 date run, which sees them playing a 90-minute set per night (minimum) comes in support of Master Plan, their latest release from acclaimed new album Across The Divide.

Lauded for the punchy attack of their debut, this feisty Manchester quartet continue their mission to take their genre of choice to the next level. What you get is no-holds barred, fiery, inventive rock’n’roll. Inevitably, Free and Led Zeppelin are still major touchstones – which is no bad thing at all but the focus is on stretching out and loosening up.

The dual guitar work of Nick Bowden and Paul Bowe is intricate and polished, with Bowden’s vocal way defying conventional range and Bowe’s showmanship enjoyably captivating. The two guitar prodigies are ably assisted by the rhythm section of bassist L.D Morawski and Danny Rig on drums.

2015 saw Federal Charm release their second album Across The Divide, an album which was met with critical acclaim both home and abroad whilst UK shows with Black Star Riders, Joanne Shaw Taylor and UFO as well as mainstage appearances at Giants of Rock, The Rock and Blues Festival and Hard Rock Hell 9 sealed a definitive year for the group.

2016 looks to be just as successful, with appearances at Giants of Rock again scheduled, and a Planet Rock sponsored UK tour with Australian rockers Tracer and the playlisting of Guess What signalling the success of the first half of the year.