Previewed: Fara at The Met 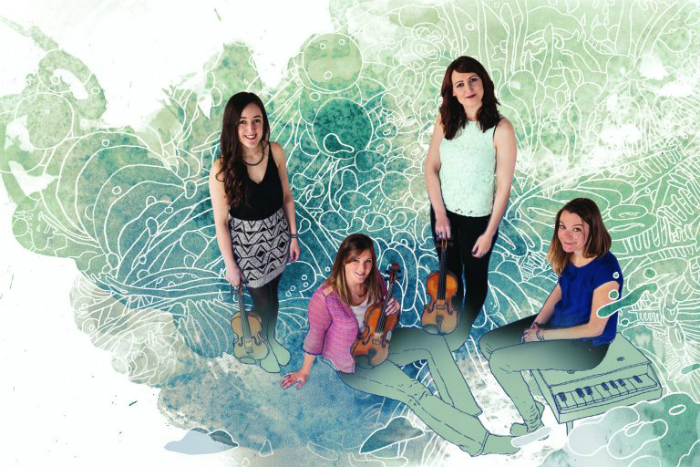 Fara’s sound is firmly rooted in their upbringing among the music of Orkney, rich harmonies, energetic strings and driving piano.

Having been friends since early childhood, the young women grew up under the musical guidance of Douglas Montgomery (The Chair, Saltfishforty) with the three East Mainlanders of the band in fiddle group Hadhirgaan at Kirkwall Grammar School, and Kristan, a West Mainlander, in Jenny Keldie’s Shoramere at Stromness Academy. The four of them then went on to study at The Royal Conservatoire of Scotland, Strathclyde University, The Royal Northern College of Music and The Royal Academy of Music, subsequently establishing themselves in the Scottish music scene winning prizes along the way which include the BBC Radio 2 Young Folk Award, The BBC Radio Scotland Young Traditional Musician of the Year, The Deutsche Bank Award.

The tour comes in support of Fara’s debut album Cross The Line which was released in September 2017. “This album,” says the band, “is a culmination of our first couple of years together, and our experiences along the way. We’ve all known each other since we were children, but the process of working together as adults has created a real Fara sisterhood, which has quickly become an important part of all of our musical lives.

“The four contrasting personalities and individual musical voices in Fara make for a colourful melting pot of ideas during arranging sessions – each member brings a different musical pallet to the table. But the strong Orkney fiddle tradition that we all grew up with is the glue that binds us together, being at the heart of all of our musical characters’.