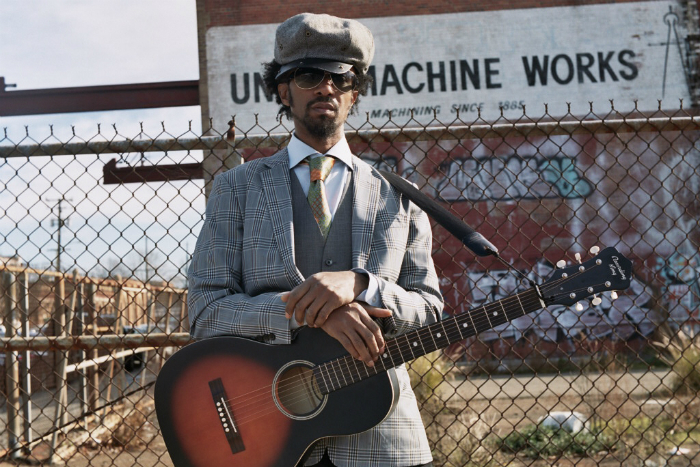 Fantastic Negrito is set to support the legendary Chris Cornell of Soundgarden, Audioslave and the Casino Royale theme fame, at his performance at Manchester’s Bridgewater Hall.

Cornell is considered one of the great rock voices of the past 25 years, so he knows a vocalist when he hears one. He asked Fantastic Negrito to open for him on his solo ‘Higher Truth’ tour. Fantastic Negrito – real name Xavier Dphrepaulezz  – will be accompanied by keyboardist, LJ Holoman (Dr Dre, Joss Stone, Nas, Leela James etc)

Xavier has had an amazing 18 months. In early 2015 he was still busking on the Oakland streets where he grew up (as did Seasick Steve).  His rise began when he won the 2015 Tiny Desk video contest run by NPR– the American equivalent of BBC Radio – ahead of 7000 other entries, with this clip:

Since then he has played campaign rallies for Bernie Sanders; recorded with Blackalicious, and is about to appear in Fox’s acclaimed hip-hop soap opera ‘Empire’ (May 9th, UK broadcast date on E4). While drama series ‘Hand Of God’ which features his song An Honest Man as its theme tune, returns to TV this autumn.

His story is an enthralling one. He ran with Oakland gangs in his teens, but cleaned up, was signed to Prince’s management in the early 90s and had an album on Interscope as Xavier. In 1999 he suffered a car crash which resulted in a fractured skull, shattered limbs and a 3 week coma. After a slow recovery, he went through several musical alter egos – including punk band Blood Sugar X – before walking away from the industry for five years, only to regenerate as Fantastic Negrito in his late forties. He has been described as the patron saint of second chances. Now the UK enjoys its first chance to see this extraordinarily charismatic live performer.