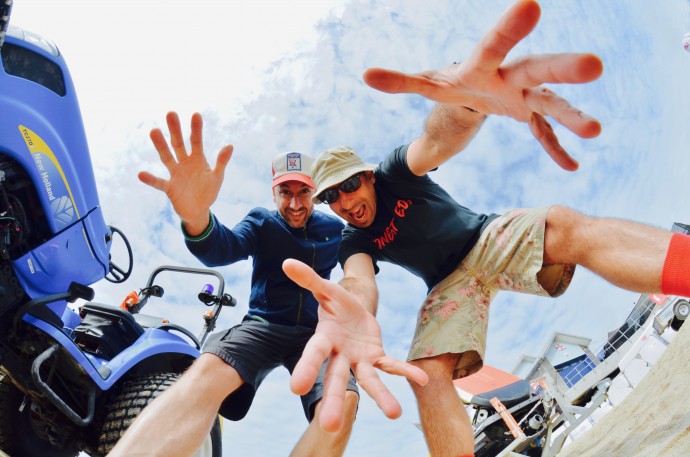 Hip-hop kingpins DJ Format and Abdominal come to Manchester’s Gorilla during their May tour.  The 16-date tour is in support of their new album Still Hungry.

The new run of dates mark a return to the UK for the hip-hop stars after a highly successful and quickly sold out November 2015 tour.

DJ Format and rapper Abdominal have been entertaining crowds from Toronto to the UK for fourteen years.  But Still Hungry marks the first time that DJ Format and Abdominal have released a joint album.  They have both previously collaborated on each other’s solo records, but this marks a first.

Still Hungry boasts the best of what Format and Abs bring to the hip-hop community: funky, up-tempo and slick beats, coupled with intelligent, savvy lyrics. The album also showcases a grittier, harder sound.

DJ Format, aka Matt Ford, won over hip-hop heads in 2003 with his slow-burning hit album Music for the Mature B-Boy, featuring the standout track We Know Something You Don’t Know starring the vocals of Chali 2na and Akil of Jurassic 5. Abdominal, aka Andy Bernstein, has been involved in Toronto’s music scene for nearly 25 years, performing at the Harbourfront Center for the Arts, Manifesto Festival, the SOCAN Awards, Pop Montreal Showcase, the Cavalcade of Lights and many other high profile events.

Like any memorable hip-hop team, DJ Format and Abdominal have found success by working off each other’s strengths and giving the global hip-hop community a unique and funky sound destined to be a fixture in every rap lover’s collection.

Where and when can I see DJ Format and Abdominal in Manchester?

DJ Format and Abdominal are playing a 16-date UK tour in May.  They play at Manchester’s Gorilla on 10 May.