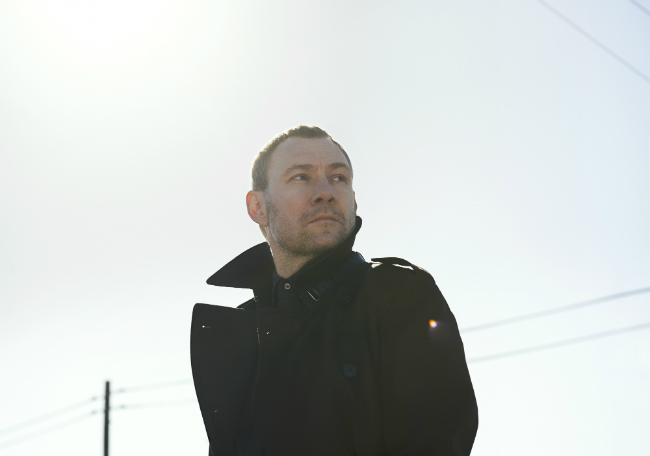 Coming to the Lowry and ‘Sexing up the Dossier’.

Manchester born David Gray is heading home. Well almost – he’s heading to Salford’s Lowry for a 3rd July gig, following the release of his latest album, Mutineers, on 30th June. Mutineers is Gray’s tenth studio album, the first for four years and the tour represents his first major UK tour in three years. Remarkably, showing the longevity of his career, it is twenty one years since his first studio album!

The singer, who is best known for his songs This Year’s Love, Babylon, Please Forgive Me and Sail Away (all from his hit album White Ladder, released in 2000), is renowned for his impressive live performances. The gig will give him the opportunity to showcase material from his new album, which he was determined to use as an opportunity to find a new style and be inventive with his sound. He commented that producer And Barlow was not to let him “make the same record I’ve made before”, adding about the results “I know I’ve done something here that has an authority that is inspiring me and I don’t have to worry about my past or any of that. The lovely thing about this is we’ve had the time to experiment, and it’s been wonderful.” He recently elaborated on this, commenting “I think when you make records one after the other obviously you finish one, you have ideas in your head but every now and again you end up down a bit of a cul-de-sac that’s inevitable. You learn ways of making music and you accomplished at doing that and so you fall into a rhythm but suddenly where I was at, on every level, the sort of crucified middle aged man posture. I was sick of that. I was sick of the usual path past the usual trees in my creative landscape, I had to find a new way. I think I’d said all I had to say. That’s how it felt” adding that he’s sexing up the dossier!

The change is something which he felt he needed. “Obviously touring and stuff does take it out of you so trying to live a family life, trying to get this impossible balance all the time. I don’t know whether that was a part of it, I felt like I was at the end of something”, he commented. “It was a testing period and the record that I wanted to make had several false starts. I tried something different, then something more familiar. Neither of those felt right. Something again, that didn’t work either. It was about getting the right person. We can talk about my work but I guess it was me as a person as well.”

If recent performances are anything to go by he will practically have a choir on stage with him too. “Once I’d made the record and there were these sort of…all the vocal textures are so integral to the character of the thing, that had to be represented. So I went on a little tour just before Christmas in Ireland and sort of started to build a bit of a choir.”

David Gray’s phenomenally successful resume includes three number 1 UK albums (including the hugely successful White Ladder which sold over seven million copies), hit the Billboard Top 10 in the US with his recent albums Draw The Line (2009) and Foundling (2010) and received Brit and Grammy nominations.

His latest album Mutineers is released today and features the single Back In The World, the artistic video to which was shot in London, Cornwall and Romania and features Keith Pryor, Maria Tsiatsiani and Leandro Palou.