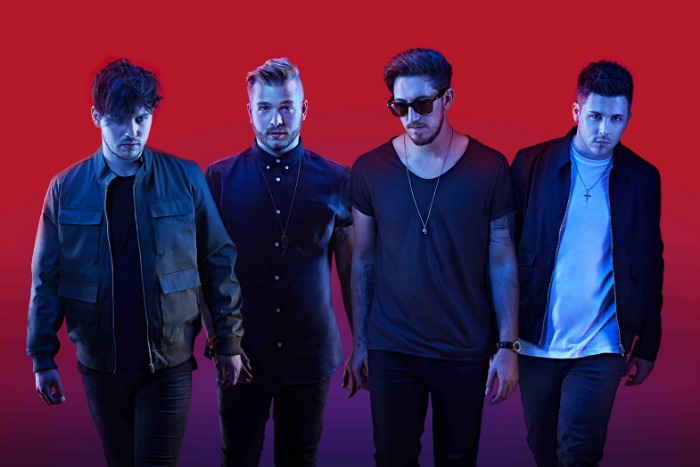 UK pop rock band Club Drive head to Manchester’s Sound Control this weekend during their first national headline run which also takes in London’s The Garage and a sold-out show in Birmingham.

The Hertfordshire four piece have certainly been making a name for themselves, with their pop rock (with a touch of funk) catching the attention of BBC Radio 1’s Introducing Team, and garnering airplay across the network.

The band’s latest single Spare Time, which nods the likes of Maroon 5 and Rixton, was added to the Radio 1 playlist on Friday and follows their debut EP Dangerous which came out last year.  Mirroring the song’s lyrical theme, the video reflects how people behave outside of their normal day-to-day life. Shot in southern Spain and following a group of friends on a weekend adventure, it features stunning cinematic imagery with heaps of sunshine – the perfect setting for Club Drive’s uplifting anthem.

Club Drive played a sold-out intimate EP launch show at The Islington in September last year, alongside a main stage slot at Liverpool’s Fusion Festival with the likes of Craig David and Jason Derulo.

As well as headline shows, Club Drive will also be making a number of festival appearances, including The Great Escape, Lovebox, Live At Leeds and a main stage slot at this year’s Standon Calling alongside Clean Bandit, Editors, Gary Numan, Laura Mvula and many more.