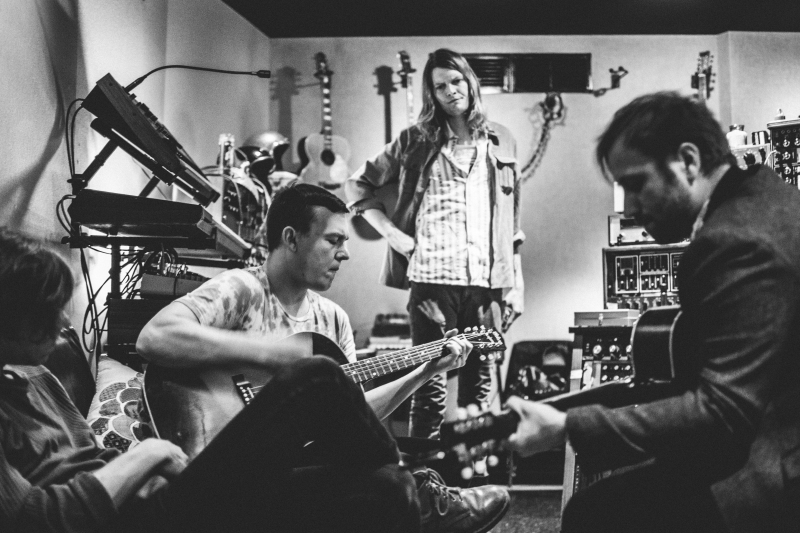 Following the release of the band’s latest album Tell Me I’m Pretty (out 18 December through Columbia Records), Cage The Elephant are set to perform at Manchester Academy 2 on 20 February.

The band, consisting of singer Matt Shultz, guitarist Brad Shultz, bassist Daniel Richenor and drummer Jared Champion, worked with producer Dan Auerbach of The Black Keys and The Arcs on Tell Me I’m Pretty, the band’s fourth album and recorded at Easy Eye Sound in Nashville, TN, near the group’s hometown of Bowling Green, Kentucky.

With Tell Me I’m Pretty Cage the Elephant are pushing the advances they made with their last record, 2013’s ‘Melophobia’, which was nominated for a Grammy for Best Alternative Album while also drawing from the sounds that initially inspired them to start making music. The results are the band’s most forceful and focused songs yet, a set of concise, punchy garage-pop with a feel that guitarist Brad Shultz describes as “a psychedelic John Wayne at an Iggy Pop show.”

“With this record, we wanted to be more transparent,” expands brother and lead singer Matt Shultz. “We wanted to capture the sentiment of each song, and whatever emotional response it provoked, to be really honest to that. We set out to have a classic-sounding record but with a modern sonic depth, like hip-hop or dance music. Working with Dan was great. He has an incredible concept of atmosphere and vibe, and capturing the raw, first response.”

‘Melophobia’ took the band to new heights, delivering two Number One singles on the Alternative charts (‘Come a Little Closer’ and ‘Cigarette Daydreams’), with Rolling Stone heralding “Kentucky’s Cage the Elephant warp Sixties garage rock, Seventies punk and Eighties alt-rock into excellently weird new shapes”. Their 2011 album ‘Thank You Happy Birthday ‘debuted at #2 on the Billboard Top 200 chart and was praised as “one of the best rock albums of the year”. Long celebrated as one of the most explosive live bands in the world, Cage the Elephant has toured extensively, selling out several headlining runs and performing alongside the likes of The Black Keys, Foo Fighters, Muse and Queens of the Stone Age.

Cage The Elephant play at Manchester Academy 2 on 20 February.

In Review: The Orielles at The Deaf Institute
In Interview: Eliza and the Bear
In Review: Foo Fighters at Emirates Old Trafford