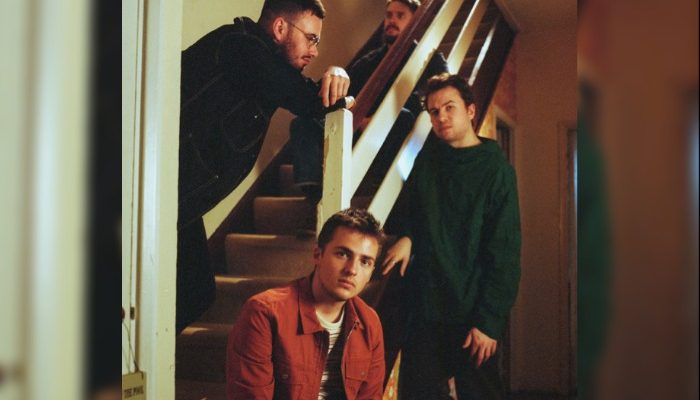 After releasing their latest single Your Heart’s Like A Jungle, APRE return to Manchester with their UK tour stopping of at the Deaf Institute.

Your Heart’s Like A Jungle was released through Polydor Records and followed on from a string of introductory EPs and touring with the likes of Sam Fender, Friendly Fires, Inhaler and Lany.

The London-based band explain that the single “is about being lost in a relationship.  It describes that frustrating feeling when you are trying your best to love someone, but you fail to understand their emotions and get lost in your feelings for them.  It’s about the dead ends that mean you will struggle to get along, and the hardships when trusting the person you really love not to break your heart.

Fronted by co-vocalists Charlie and Jules, the band are as inspired by the socially conscious, osbervational lyricsm of Pet Shop Boys as the alternative indie of Foals – often masking intimate home-truths behind innately massive-sounding songs

When do APRE headline at Manchester’s Deaf Institute?

APRE headline at the Deaf Institute Manchester on 15 February 2020.  Support comes from Meantime and Polly Money