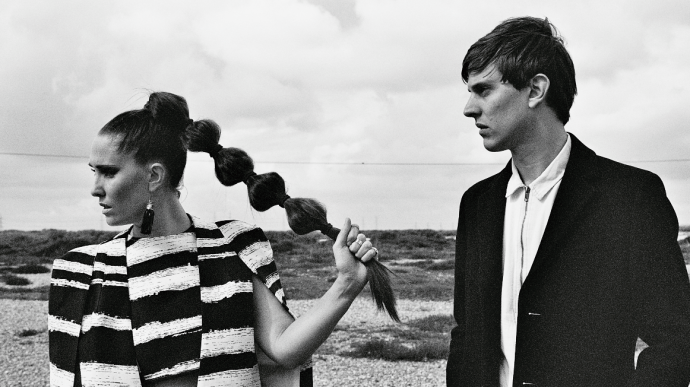 London’s futurist duo, Alpines (Bob Matthews and Catherine Pockson), bring their headline tour to Manchester’s Soup Kitchen next week.  The hotly-tipped duo released their sophomore album Another River at the tail end of 2016 as well as their latest single Motionless.

Teased late last year with the slick intimacy of Completely, Alpines’ sophomore LP Another River pares down the sound of their 2014 debut Oasis. This new effort is not so much the sound of a duo finding their feet, as it is an utterly standout performance from a couple of intrepid sonic experimenters subtly refining their craft.

Their futurist brand of production renders Catherine Pockson’s R&B melodies into dazzling soundscapes, each thrumming with a life of its own. The duo’s application has fuelled various collaborations in the fashion world, including the likes of All Saints, Paul Smith and Urban Outfitters. The album is preceded by the release of Heaven, an anthem with towering vocal harmonies and a sly bass groove. The duo are masters in creating cerebral and inventive music without compromising on the simple unabashed joy of melody. Another River is an emotive outpouring on love and life that will resonate with people everywhere. It’s easy to see why British pop titans including The xx, The Maccabees and Florence Welch are fans. It’s time for a changing of the guards and Alpines are the new wave.