Northern Chamber Orchestra set to return to the stage 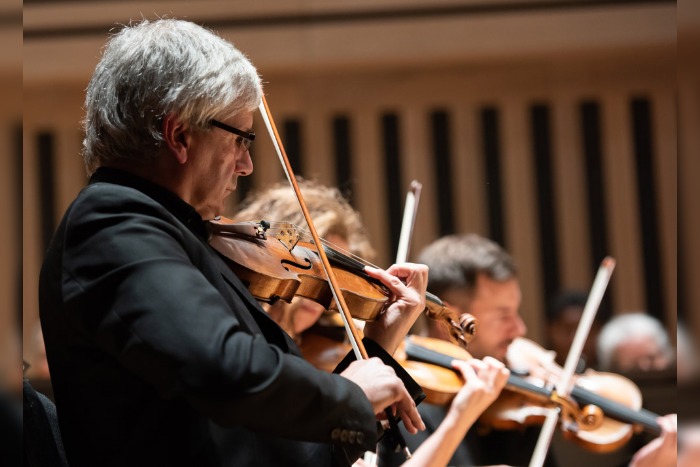 The Northern Chamber Orchestra will return to the stage on Saturday to play two concerts for socially distanced audiences.

The orchestra, the oldest professional chamber ensemble in the North West of England will perform their first staged performances since February at their Macclesfield home, the Heritage Centre.  Each concert will run for an hour (with no interval) and be available for live audiences and then online for one week from the day after the concert.

The programme has been planned with social distancing guidelines in mind, meaning less space for musicians on the stage. It includes Beethoven’s Septet, in celebration of the 250th anniversary of the composer’s birth and gives the orchestra’s principal players a chance to shine. Also on the programme are Baermann’s Adagio for clarinet and strings, and Schubert’s Quartettsatz.

Due to the COVID-19 outbreak, the NCO was forced to cancel the remainder of its 2019-20 season, which would have seen violinist Anthony Marwood and pianist Benjamin Powell join them for concerts in Macclesfield and Manchester.  Alongside this came the cancellation of the Buxton International Festival in July, for which the NCO are the house orchestra. However, the musicians were able to perform a free, outdoor string quartet concert led from the violin by the NCO Artistic Director Nicholas Ward in Buxton one July Sunday, which saw a socially distanced audience enjoying many short pieces in the sunshine.

The NCO also worked with Buxton Festival to produce an online video recording of Ivor Novello’s We’ll Gather Lilacs, arranged by Buxton Festival’s Artistic Director Adrian Kelly, and produced by the NCO’s double bassist and composer in residence James Manson. Of the piece, Manson said, “As we were unable to perform together this year, Northern Chamber Orchestra and Buxton Festival have come together to record this song which beautifully echoes our yearning to be reunited.” The video, along with other lockdown videos from the NCO’s musicians, can be viewed on the NCO YouTube channel.  Over the summer, the Northern Chamber Orchestra also ran a series of care home concerts as part of its Mind Music series, which takes musicians into care homes to work with people living with dementia.

When is the Northern Chamber Orchestra returning to the stage?