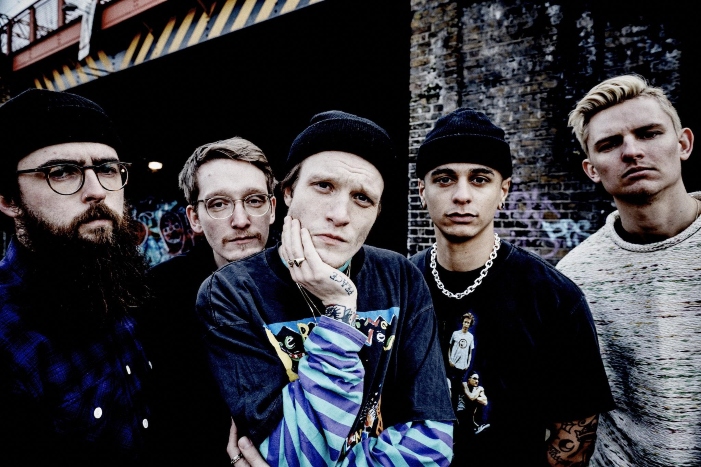 Neck Deep have announced a six date tour of the UK opening with two Manchester gigs at the O2 Victoria Warehouse in September.  The dates mark their biggest UK headline tour to date.

The announcement comes after Friday’s news of their fourth album All Distortions Are Intentional.

Speaking about the tour, new full-time bassist (and long-term collaborator) Seb Barlow commented, “We are incredibly excited (and nervous) to be playing such big and prestigious venues! When we started this band, we never even dreamed of playing at places like Alexandra Palace and O2 Victoria Warehouse, so to headline them feels surreal. Not that we have ever felt the need to prove ourselves to anyone, but coming back with an album we are all incredibly proud of and confident in, we felt we needed to play rooms that reflect that. We had these venues in mind when we were writing this record, so, now is the time to do it.”

All Distortions Are International promises themes of disconnection, existential confusion and the search for meaning, telling the story of a loner named Jeff who lives in a place called Sonderland.  “It’s that strange existential realisation that you are not the entire world,” explains singer Ben Barlow. “Everyone around you feels and lives the same way that you do. You’re just an extra in their story.”  The concept was born following the writing of lead single Lowlife.

As Barlow shares, “Modern music is so much based around ‘the single’ and writing a record isn’t held in nearly the same regard as it used to be. All Distortions Are Intentional presents a whole story, where there is meaning from every angle of it,” the singer continues. “All of our records have their themes, but I wanted to create characters, scenes, a world, and have it mean something in the real world, too.”

When do Neck Deep headline at Manchester’s O2 Victoria Warehouse?

When do tickets go on sale for Neck Deep’s UK tour?

Tickets for Neck Deep’s UK tour go on sale at 10am on Friday 20 March.  A Presale will open for fans purchasing the new album from the official Neck Deep Store before 12.59pm on Sunday 15 March.