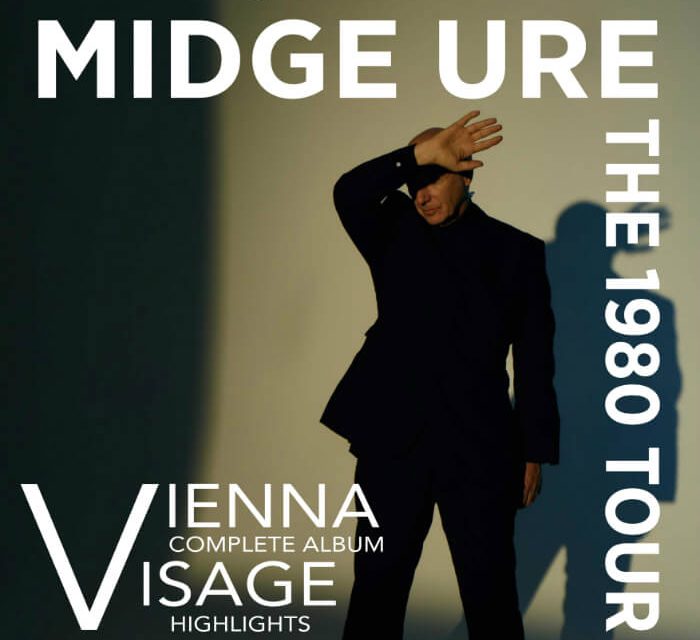 Midge Ure has announced a sixteen date UK tour, and he’ll be bringing The 1980 Tour to Manchester’s Albert Hall in October 2019.

The run of gigs comes four decades after synthesizers transformer the look of the pop charts, previously dominated by guitar-driven rock and punk.  “Autumn 1979 was a pivotal point in my career trajectory,” Midge Ure explains.“Over the previous two years I had grown from ‘pop band’ (Slik) to ‘post punk band’ (The Rich Kids) to being a stand in guitarist for Thin Lizzy. Over the course of autumn into winter 1979, while working on the Visage project with Billy Currie, I was invited to join Ultravox. The work we did that winter on the ‘Vienna’ album was an exhilarating rush of creativity the likes of which I had never experienced before.

“Forty years later I want to celebrate this period and as we pass from 2019 into 2020 play the ‘Vienna’ album in its entirety along with highlights from the eponymous ‘Visage’ album. Join me and my Band Electronica celebrating the year of release for both the Vienna and Visage albums….1980”.

Brought to life by Midge Ure and Band Electronica, this is the very first time in the 40 years since it was made that the ‘Vienna’ album will be performed in its entirety. It is also the first time that many of the songs from the debut Visage album will be played live.

When does Midge Ure headline at Manchester’s Albert Hall?

Midge Ure headlines at the Albert Hall Manchester on 25 October 2019.  The Manchester gig is one of sixteen UK dates Midge Ure is performing:

When do tickets for Midge Ure’s UK tour go on sale?