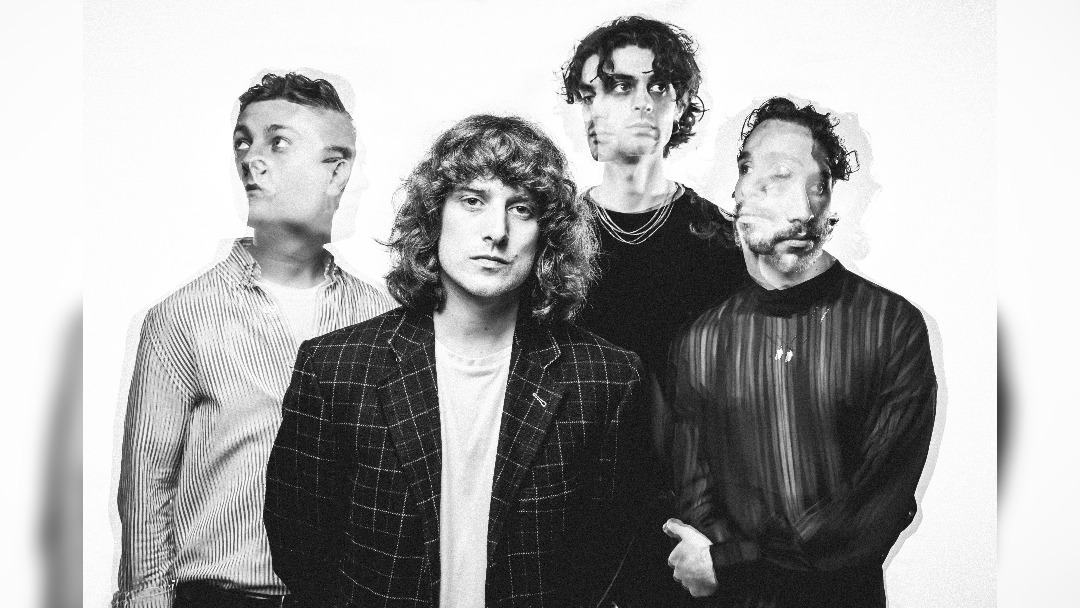 Manchester band Fuzzy Sun have shared their brand new video for Fake It, their first single of 2021.

Fake It is taken from a new EP which is set to be released later this year.

The track was self-recorded and produced in Stockport, featuring soaring melodies, riffs and rhythm which scream ‘stadium anthem’.  It marks a slight change in direction for Fuzzy Sun as vocalist and guitarist Kyle Ross explains, “We wanted to make an impact with the new single, pushing a new creative direction for the band, as I think we have really found a sound that excites us and we feel comfortable with.

“The song itself is about feeling rather disenchanted with society and putting on a brave face when in fact you feel the complete opposite, which is something we can all relate to. It was inspired by a dark time, with the hope of things getting better.”

The video itself was shot at Manchester’s Antwerp Mansion featuring David Lynch style cinema and the band’s energetic approach.  “With the video, we wanted something that conveys the energy of the tune, and thought a performance would be the best way to get that across, and it was probably an excuse to feel like we were playing live again…” adds Kyle Ross.  “Stylistically I wanted to reference some of my favourite cinema, give it a feel of an early David Lynch short, also Doodlebug by Christopher Nolan was a big reference point. These kind of films, for me, deal with a similar subject matter to the song so I feel like they married up perfectly.”

Fuzzy Sun are set to headline Manchester Academy 2 on 10 December 2021.