The UK tour of the highly anticipated new musical The Band launches with its world premiere at Manchester Opera House on Friday.

The Band has been penned by award-winning playwright Tim Firth and features the music of Take That.  The musical explores what it is like to grow up with a boyband.  For five 16-year-old friends in 1992, ‘the band’ is everything. Twenty-five years on, we are reunited with the group of friends, now 40-something women, as they try once more to fulfil their dream of meeting their heroes.

The Band is directed by Kim Gavin and Jack Ryder, designed by Jon Bausor and choreographed by Kim Gavin, with lighting design by Patrick Woodroffe, video design by Luke Halls and sound design by Terry Jardine and Nick Lidster.  Produced by David Pugh and Dafydd Rogers alongside Gary Barlow, Howard Donald, Mark Owen and Robbie Williams, The Band recently became the fastest selling theatre tour ever.

Who is in the cast of The Band?

The Band is being played by young stars AJ Bentley, Nick Carsberg, Curtis T Johns, Yazdan Qafouri and Sario Solomon, who, as Five to Five, won BBC’s Let It Shine.

Playing the parts of Rachel and Young Rachel will be Rachel Lumberg and Faye Christall respectively. They are joined by Emily Joyce as Heather, Alison Fitzjohn as Claire, Jayne McKenna as Zoe, Katy Clayton as Young Heather, Sarah Kate Howarth as Young Claire, Lauren Jacobs as Young Zoe, Rachelle Diedericks as Debbie, Martin Miller as Jeff and Andy Williams as Dave. 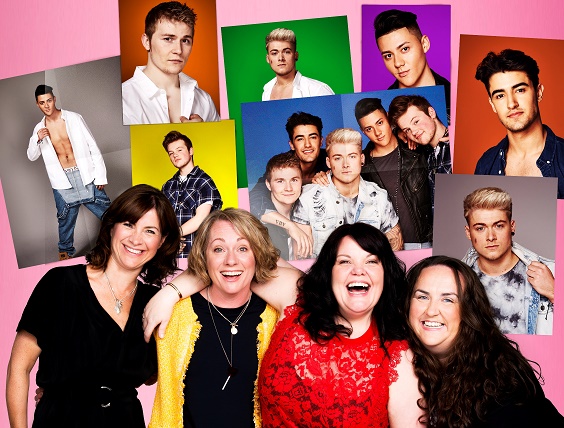 When does The Band run at Manchester Opera House?

Manchester Opera House hosts the world premiere of The Band on Friday 8 September.  The Band’s Manchester run then continues until 30 September.