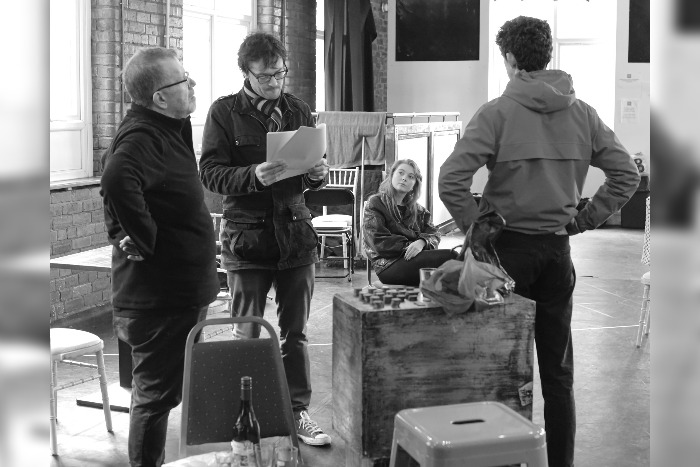 Written by Manchester born and based BAFTA Break-through Brit Gemma Langford, Welcome to Shangri-Law challenges audiences to look at their own definition of normality, questioning “am I alright?”.

What is Welcome to Shangri-La about?

Cherly’s life is anything but ordinary.  She lives in a run down seasons B&B (which also doubles as a swinger’s club!).  Her fellow residents including a gambling man, a fortune teller and an elderly deviant.  She would give anything for a bit of boring.

But when George turns up late one night looking for his missing wife, he brings a cash-filled wallet and the promise of a normal life.  With this promise comes a price – the very soul of Shangri-La and its inhabitants.

Welcome to Shangri-La is directed by Joel Parry and produced by Hannah Ellis Ryan of HER Productions.

An actor, and director, Joel Parry is known to Manchester audiences for his work at HOME Manchester, Contact and his work at the GM Fringe.  He has also performed at Liverpool Royal Court as well as appearing on screen in Coronation Street, Emmerdale and Broken.  Since 2015 he has directed over sixty actors in fourteen short and full length pieces of new writing for script-in-hand performances at Manchester’s ADP’s Scripts Aloud nights, collaborated with the Disabled Artists Networking Community at the Lowry Theatre Studio, performed four readings of new pieces for Studio Salford’s script development weeks and directed three short plays for the MancMade and Offcut festivals at 53two.

When does Welcome to Shangri-La run at Hope Mill Theatre?